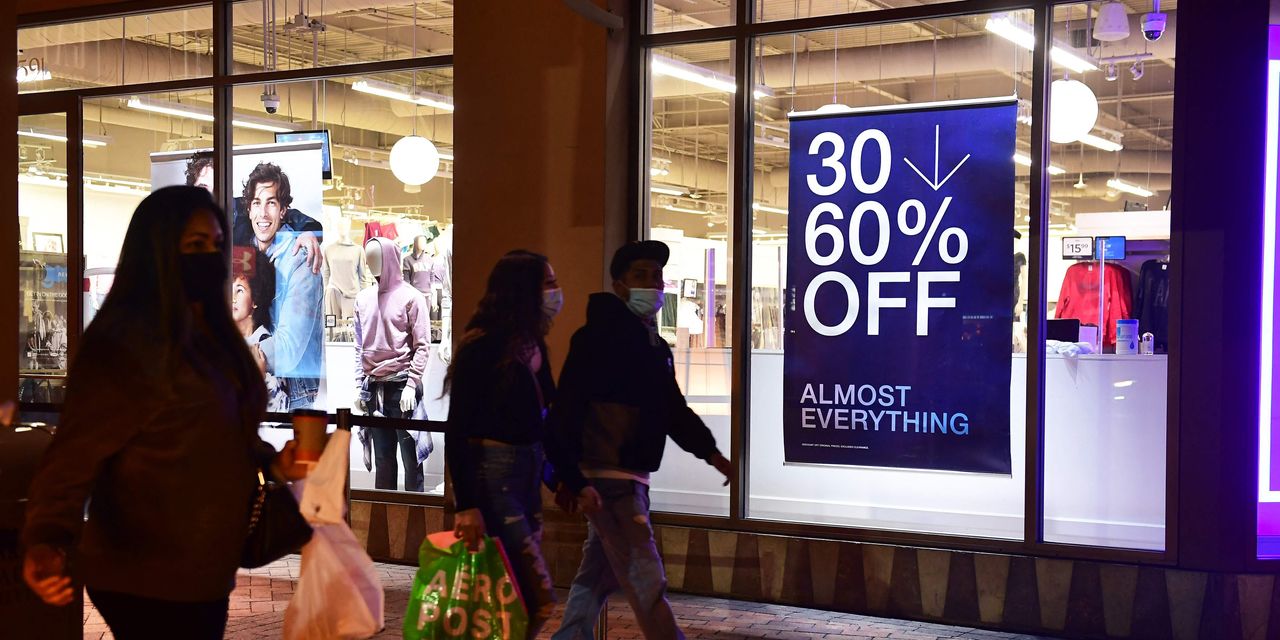 These are tricky times in the stock market, so it pays to look to the best stock-fund managers for guidance on how to behave now. Veteran value investor Bill Nygren belongs in this camp, because the Oakmark Fund
OAKMX,

he co-manages consistently and substantially outperforms its peers.

That isn’t easy, considering how many fund managers fail to do so. Nygren’s fund beats its Morningstar large-cap value index and category by more than four percentage points annualized over the past three years. It also outperforms at five and 10 years, according to Morningstar.

Here’s a look at five stock-picking tactics Nygren uses to boost his returns, six stocks that he singles out now, and why he expects value investing to continue to outperform growth.

Value investors tend to dodge economic forecasts, claiming they focus only on company fundamentals. Nygren offers an amusing twist on this: “Our forecast is always that seven years from now the world will be normal.”

That sounds trivial. But this inherent optimism helps you as an investor more than you might think. It means you’re more likely to buy when markets are fearful. Warren Buffett of Berkshire Hathaway, for example, is famously optimistic about the U.S. economy and its future — one reason behind his investing success.

Similarly, Nygren bought travel-related companies during the COVID pandemic market meltdown. Those decisions have contributed to his superior investment performance over the past three years. “When ‘return to normal seven years from now’ is an outlier forecast, it tends to be valuable for us,” he says.

Pressed, Nygren does offer a 2023 outlook. “If there is recession, it is likely to be mild. And there is a chance there will be none at all.” To me, that makes the market a buy now because so many investors are pricing in recession.

Indeed, Nygren’s portfolio is tilted towards cyclical companies in the automobile, energy and consumer-finance sectors. But that’s more of a long-term call based on his standing seven-year outlook. If he’s right, then by 2030 the world of business will be normal again. Cyclical companies will earn normal profit margins and in the interim will have booked a lot of cash flow, he reasons.

Nygren’s attention to value keeps his optimism from getting him into trouble when markets are running hot. “The price you pay is just as important as the quality of the business you are buying,” he says.

That might seem obvious. But is it really? After all, look at how much investors overpaid for hot growth companies such as Zoom Video Communications
ZM,

“The stock market was pricing Zoom like it owned the video conferencing market. But competitors like Microsoft
MSFT,

had products that were hard to differentiate,” Nygren says. Likewise, he adds, investors learned that Tesla was just an auto company that wasn’t priced like an auto company stock.

To avoid these pricing mistakes, Nygren and his team try to predict what investors will pay for a company several years out based on its expected growth. Then they buy at a significant discount to that estimated value. “We try to buy stocks at 60% of what we think they are worth and sell them at 90%,” he says.

In the auto sector, for instance, this means favoring General Motors
GM,

over Tesla, despite the big decline in Tesla stock. GM simply looks too cheap considering its potential, Nygren says. Tesla recently traded at a forward price/earnings multiple of 47, versus General Motors trading a multiple of 6. GM’s market cap is 12% of Tesla’s. But GM plans to have an electric-vehicle production capacity rivaling Tesla’s by 2025.

also looks cheap to Nygren, considering its expected medium-term earnings growth. The banking company remains hindered by a cap on asset growth and the costs of dealing with sanctions imposed after its fake accounts scandal a few years ago.

Wells Fargo has competitive advantages, such as its low-cost deposit base and strong brand. Yet its shares trade below tangible book value. “The market is overly penalizing them for something that is not going to be an issue when you think out five to seven years,” Nygren says. Wells Fargo is the second largest position in the Oakmark Fund.

Speaking of the importance of price, Nygren thinks value investing will continue to outperform growth, for two reasons. First, the big declines in growth stocks last year reminded everyone that price matters, something largely forgotten in recent years when all you had to do was ride the so-called FAANG stocks on the way up. Second, higher U.S. interest rates penalize growth companies that have more cash flow slated to arrive far in the future. Distant cash flows are worth less when discounted back to the present by higher interest rates in valuation models.

In other words, higher rates drive a preference for near-term cash flow, and value stocks usually produce more of that. Here’s a colorful way to think about it. “The P/E ratio is an indicator of the ‘duration’ of a stock,” Nygren says. “High-multiple stocks behave like long-term bonds when interest rates go up.”

The bane of all value investors is the value trap — companies that look cheap and stay that way because their growth is stuck in neutral. “We avoid structurally disadvantaged companies where you need to see something happen quickly because the industry will be much smaller in seven years,” Nygren says.

that got hit hard when the internet arrived. “Everyone expects value investors to buy mediocre companies at good prices, but we are willing to pay average prices for really good businesses,” says Nygren.

This puts the Oakmark Fund into companies that don’t really look like value plays, such as Alphabet
GOOGL,
,
which is currently the fund’s largest position. One reason is that Alphabet is a lot cheaper than it looks once some accounting adjustments are made, Nygren contends.

One of these adjustments is to back out Alphabet’s $8 a share in cash. Nygren also takes venture capital investments out of the income statement and puts them on the balance sheet where he thinks they belong, as business investments. He’s referring to Alphabet’s investments in areas such as artificial intelligence and Waymo autonomous driving. This boosts earnings over what Alphabet reports using Generally Accepted Accounting Principles (GAAP) rules and lowers the P/E multiple.

Many skeptics frown on deviations from GAAP, but Nygren disagrees. “The accountant’s view is ‘If you can’t touch or feel it, I don’t want to see it on the balance sheet,” he says. “We have gotten very comfortable with the idea that GAAP can be misleading and we can reconstruct income statements and balance sheets.”

Investors are too quick to assume companies disrupted by new technology are toast, and Nygren likes to take advantage of the stock-price discounts this creates. “Legacy players that invest in the disruptive technology can position themselves as leaders, as opposed to buggy whip companies,” Nygren says.

For instance, he says General Motors is being overly penalized by the threat from Tesla, since GM will be a player in the electric vehicle space. Another example: Fiserv
FISV,

in payments processing. This is Oakmark’s eighth-largest position. Many investors avoid Fiserv on concerns that Block Inc.’s
SQ,

Square suite of payments-processing services will displace Fiserv. But Nygren expects a similar offering from Fiserv called Clover to help the company maintain a strong position in payments processing.

How do you know if a company’s managers really have skin in the game? One clue is when a company buys back stock when it’s cheap instead of making bad investments that burn cash to pursue empire-building. Buybacks on the cheap are tantamount to “buying out your partner at a good price,” Nygren says. He points to Capital One Financial
COF,
,
another top-10 fund holding. The company has bought back about a third of its shares over the past decade. It also pays a 2.3% dividend yield.

Capital One stock looks cheap now, Nygren says, because of excessive concerns that a U.S. recession will hit the credit card company’s subprime customer base. The stock recently traded at six times forward earnings, even though Capital One excels at using consumer data to issue cards, plus a deep recession is probably unlikely.

Another example: energy giant ConocoPhillips
COP,
,
which predicts it will return 120% of its market cap over the next decade via stock buybacks and dividends. That estimate is based on $70 per barrel oil. The return estimate rises to 150% with oil at $80 a barrel. ConocoPhillips also pays a 4.2% dividend yield. Nygren expects oil prices to stay elevated because of supply constraints due to sustained underinvestment in exploration and production in recent years.

Michael Brush is a columnist for MarketWatch. At the time of publication, he owned TSLA, MSFT and GOOGL. Brush has suggested TSLA, MSFT, GM, WFC, GOOGL and COP in his stock newsletter, Brush Up on Stocks. Follow him on Twitter @mbrushstocks.

More: ‘The Nasdaq is our favorite short.’ This market strategist sees recession and a credit crunch slamming stocks in 2023.

Plus: Jeremy Grantham says ‘easiest leg’ of stock-market bubble burst is over. Here’s what’s next.