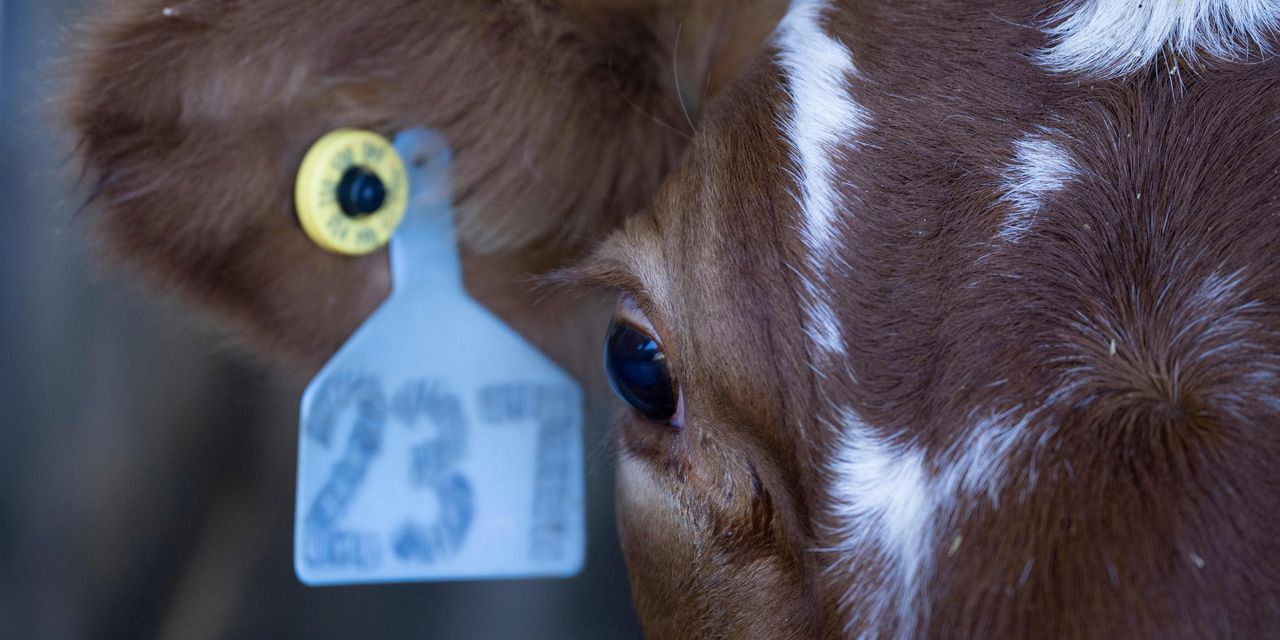 
Danone, the food conglomerate behind yogurt and milk brands Activia, Dannon, Oikos and Horizon Organic, aims to cut Earth-warming methane emissions from its fresh-milk supply chain by some 30% over the next seven years.

The scope of the reduction and the reach of this international food concern is significant, climate-change analysts said. France-based Danone
BN,

is the first company to set targets in line with a pledge by 150 countries to reduce emissions of methane, the shorter-lasting but potent greenhouse gas spewed when capturing and burning natural gas
NG00,
,
as landfill contents break down, and from cows’ flatulence and burps.

Danone said Tuesday it will take steps that include better management of dairy herds, manure and feed additives to help it meet the target. Danone works directly with 58,000 dairy farmers across 20 countries and has already supported projects for dairy farms in 14 countries through its regenerative agriculture program, it said.

“Dairy products are an affordable source of nutrition for many people, at the core of our mission to bring health through food. As one of the largest dairy companies, we take the challenge of both producing more [to feed a growing population] and greatly reducing emissions and impact on climate,” said Antoine de Saint-Affrique, Danone’s CEO.

Danone also has the endorsement of the Environmental Defense Fund, which partnered on the initiative.

“Cutting methane emissions is one of the fastest and most effective ways to slow climate change,” said Fred Krupp, head of EDF, a nonprofit that operates in 30 countries and says it will make sure Danone and other ag interests accurately report their emissions progress.

“The dairy sector can play an important role in driving these reductions while boosting farmer livelihoods and increasing food security and nutrition,” Krupp said.

Read: Natural gas firms scale up conversion of methane from animals (and humans)

Last year, New Zealand’s government proposed taxing the greenhouse-gas emissions from farm animals. It was the first time that an actual tax has been suggested, and scientists have been working on improved diets and other measures to cut down on the methane emitted with the flatulence and waste from livestock.

Burger King, part of Restaurant Brands International Inc.
QSR,
,
in recent years added lemongrass to rebalance the diet of some of the beef herd used for its Whoppers. The mixed food source was found in studies to limit methane emissions. Other scientists have explored feeding livestock seaweed to cut down on the methane-loaded flatulence.

Methane is a more potent but shorter-lasting greenhouse gas than carbon dioxide and has received greater attention after a Global Methane Pledge was drafted in 2021. The collective commitment aims to cut emissions of the greenhouse gas 30% by 2030. It was launched at the U.N.’s major annual climate conference and has since been signed by 150 countries.

Ton for ton, methane’s impact is 80 times that of CO2 in the short term. While politicians, business leaders and environmentalists don’t want carbon reduction to fall off the radar either, methane has advanced as one of the fastest ways to limit climate change, which scientists blame for rising oceans and more frequent and dangerous heat, drought and other natural disasters.

2023 ‘is the year AI crosses the chasm,’ but for one reason, John Chambers says