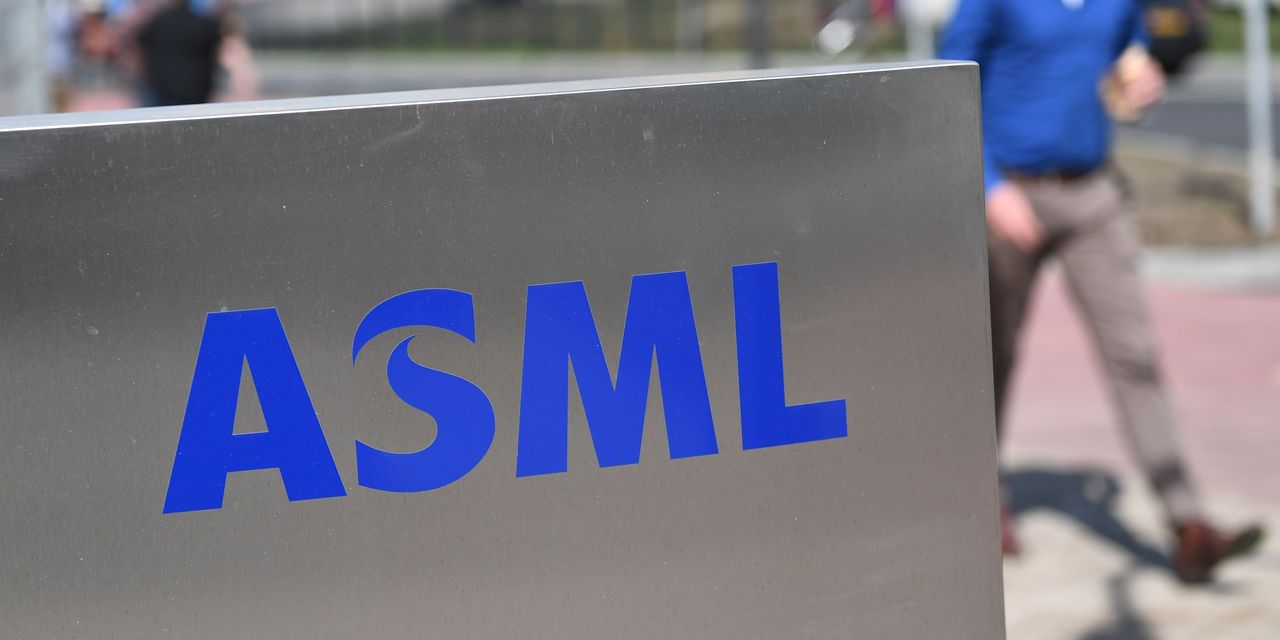 
ASML Holding NV said Wednesday that for the fourth quarter it beat net profit consensus and net sales rose, and that it expects continued strong sales growth in 2023 despite a challenging environment.

said net profit for the period was 1.8 billion euros ($1.96 billion) compared with EUR1.77 billion for the fourth quarter of 2021, and consensus of EUR1.71 billion, taken from FactSet and based on 17 analysts’ estimates.

The company declared a total dividend for 2022 of EUR5.80 a share compared with EUR5.50 a share in the year-prior period.

ASML said first quarter net sales were expected to be between EUR6.1 billion and EUR6.5 billion with a gross margin between 49% and 50%.

“We continue to see uncertainty in the market caused by inflation, rising interest rates, risk of recession and geopolitical developments related to export controls. However, our customers indicate that they expect the market to rebound in the second half of the year ,” ASML President and Chief Executive Peter Wennink said.