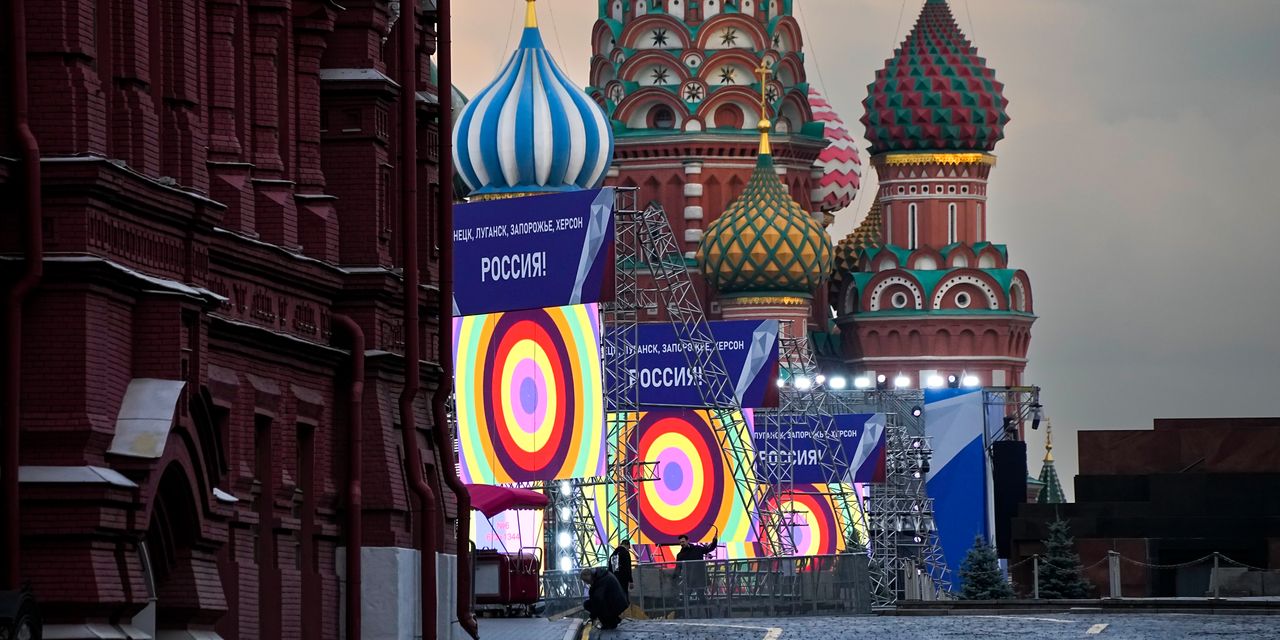 Despite talk of a ‘vast exodus,’ many Western firms still operating in Russia, Swiss researchers say


A large number of companies headquartered in the European Union and G7 nations are still operating and investing in Russia, according to research from Switzerland’s University of St. Gallen and International Institute for Management Development.

The study by University of St. Gallen professor Simon Evenett and IMD professor Niccolò Pisani reveals “a very limited retreat of EU and G7 firms,” challenging the narrative of a “vast exodus” of Western firms leaving the Russian market after Russia’s invasion of Ukraine. “In effect, many firms headquartered in these nations have resisted pressures from governments, the media, and NGOs to leave Russia since the invasion of Ukraine,” St. Gallen said in a statement.

In the wake of Russia’s invasion, a host of Western companies announced the suspension of their Russia operations and pledged to exit Russia.

When Russia invaded Ukraine on Feb. 24, 2022, a total of 2,405 subsidiaries owned by 1,404 EU and G7 companies were active in Russia, according to the research. In late November 2022, Evenett and Pisani found that less than 9% of the pool of companies had divested at least one subsidiary in Russia. These divestment rates barely changed during the fourth quarter of 2022, the researchers said.

The researchers found that there have been more confirmed exits by companies headquartered in the U.S. than by those based in the EU or Japan. However, the results imply that fewer than 18% of U.S. subsidiaries operating in Russia have been completely divested since the invasion of Ukraine. Among Japanese firms, 15% have completely divested from Russia, and among EU firms, that number is 8.3%.

Of the EU and G7 companies that remain in Russia, 19.5% are German, 12.4% are American-owned and 7% are Japanese multinational firms.

“These findings call into question the willingness of Western firms to decouple from economies their governments now deem to be geopolitical rivals,” the university said in its statement. “The study’s findings are a reality check on the narrative that national security concerns and geopolitics is leading to a fundamental unwinding of globalisation.”

Companies’ Russian operations have come under close scrutiny since Russia launched its deadly assault on Ukraine last year. The Moral Rating Agency, an organization set up after the invasion to examine whether companies were carrying out their promises of exiting Russia, has released a series of studies on Western companies that it claims are still selling products in the country.

The agency recently slammed a number of companies, including Microsoft Corp.
MSFT,

and Nestlé
NESN,
,
over their alleged supply of products to Russia.

In a statement provided to MarketWatch, Swiss food giant Nestlé said that since the start of the war, the company has “drastically reduced” its portfolio in Russia. “Our remaining activities are focused on bringing essential food to the local people,” the company said. “This aligns with our purpose of ensuring the basic right to food.”

In March, shortly after Russia launched its invasion of Ukraine, Microsoft announced the suspension of all new sales of products and services in Russia. In June, the software giant said it is significantly scaling down its operations in the country but would fulfill its existing contractual obligations to customers there, according to Reuters.

“Ford shares will be transferred to the Joint Venture for a nominal value,” the company said in October. Ford is retaining the option to repurchase the shares within a five-year period should the global situation change, it added.

Moral Rating Agency founder Mark Dixon criticized what he described as the “escape clause” in the sale agreement that would allow Ford to take back the shareholding.

US Equities Sell-off: SPX, Nasdaq and Dow Hint at a Lower Open

AUD/JPY IG Client Sentiment: Our data shows traders are now net-long AUD/JPY for the first time since Dec 21, 2022 when AUD/JPY traded near 88.86.