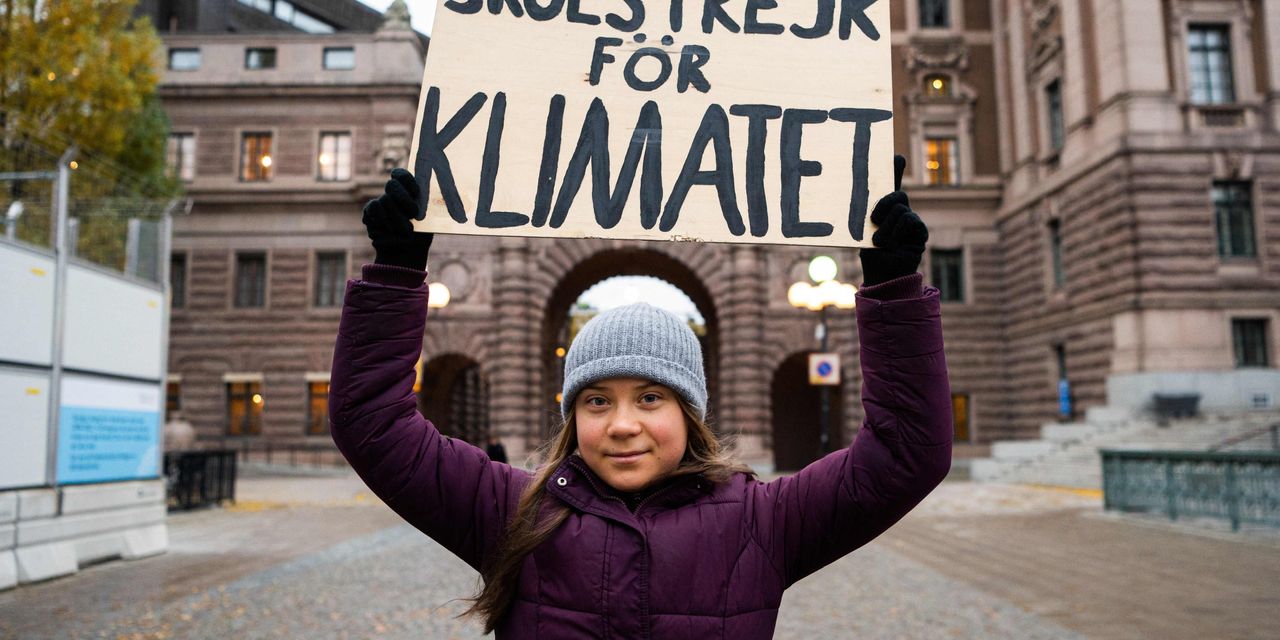 
Sweden’s Greta Thunberg, arguably the most famous of climate activists the world over, is part of a lawsuit filed against her government that says officials fall far short in slowing dangerous global warming.

The suit, filed in Stockholm on Friday, urges the high court to require that the government undertake its “fair share” of measures to keep greenhouse gas emissions consistent with the Paris Agreement’s goals.

In Paris in 2015, global leaders set a voluntary target to hold atmospheric warming to no more than 2 degrees Celsius, and ideally, no more than 1.5 degrees. The latter target is largely used today by governments and private companies when setting a shift to low- or no-carbon operations in the coming years and decades, including cutting use of fossil fuels
NG00,
.
Watchdog groups say the next few years will require concrete signs those pledges have turned to action, especially as drought, severe heat, floods and insurance costs jump. Global warming has been greatly accelerated in recent decades by the burning of coal, oil
CL00,

The Swedish suit involves Thunberg and more than 600 others who claim that Sweden’s climate policies violate the nation’s constitution and the European Convention on Human Rights.

“The Swedish state fails to meet the constitutional requirement to promote sustainable development leading to a good environment for present and future generations,” the group said in a statement.

Thunberg, who will turn 20 early next year, has led a youth revolt begun when she staged a solo protest outside Swedish Parliament a handful of years ago. She has since addressed the United Nations, shuttled around the world by wind-powered sail boat, and conducted regular interviews with international news sources.

Thunberg intentionally skipped the U.N.’s Conference of the Parties, or COP27, the effort to keep up focus on the Paris 1.5-degree pledge, which recently wrapped in Egypt. She called the conference a form of “greenwashing” that pushes climate-change talk but doesn’t hold participants fully responsible for their emissions.

Thunberg and others say older people in power only consider the near term and not the hotter Earth that she and the next generations will inherit. That belief has been tested this year when Russia’s invasion of Ukraine roiled global energy markets and prompted fears of a winter shortfall for heating needs.

Four years after launching her “School Strike for the Climate,” Thunberg said earlier this month she is ready to pass the baton to those on climate change’s front lines. At COP27, wealthy nations did agree to spend more in loss and damage for the developing nations who supply mining and energy resources, but pollute far less than their developed counterparts.

The suit in Sweden has some international precedence. It follows a high-profile case in the Netherlands in 2019, when that country’s highest court ruled that the government had a legal obligation to take action to mitigate global warming.

And, in 2021, a Dutch court ruled that  Royal Dutch Shell
SHELL,
,
Europe’s largest oil company, must accelerate its efforts to reduce carbon dioxide emissions to tackle climate change. It was the first time globally that a court exhibited this power over a private concern when it comes to climate change. The Hague ruled that Shell was “obliged” to reduce the carbon dioxide emissions of its activities by 45% at the end of 2030 compared with 2019.

The suit marks a different tack than action by climate activists in recent weeks. Protestors urging goverments and companies to stop drilling more oil have tossed food and other liquids on famous artworks at major museums, including Van Gogh’s “Sunflowers” in London.

On Thursday, police said four protesters glued themselves to the ground near the runway and two others cycled across the premises at Berlin’s airport.

Getting older and losing confidence? Here’s how to get it back.