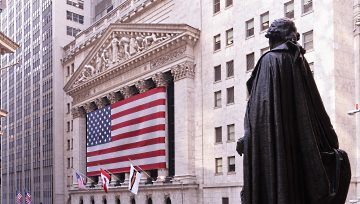 How Will Markets Respond to the September Fed Meeting?

US inflation rates may be moderating, but not nearly quick enough for the Federal Reserve to slowdown its rate hike cycle just yet. In fact, after the release of the August US inflation report (CPI) last week, rates markets began discounting a 100-bps rate hike at the September Fed meeting tomorrow. While those rate hike odds have since backed-off, it’s too soon to dismiss the possibility of an aggressive tightening move by the FOMC.

As has been the case for several weeks, price action in financial markets has more-or-less been a binary outcome: rising US Treasury yields and volatility have catered to a stronger US Dollar and weaker US stocks, gold prices, and oil prices (and vice-versa). It’s likely that this binary state of price action remains in place around the September Fed meeting.

Moreover, the September Fed meeting has elevated stakes insofar as it will be the first time since June that the FOMC has released a new Summary of Economic Projections (SEP). Financial markets will need to contend with the (1) rate decision itself, (2) new economic forecasts, and (3) Fed Chair Jerome Powell’s press conference. This means that the initial moves seen may not ultimately be the lasting move across assets.

Get Your Free USD Forecast

‘She will sail into the sunset with my dad’s belongings’: My father died and my stepmother is moving to France. There was no memorial. What can I do?

‘Even those who lost their jobs still brought in enough money to make ends meet’: Pandemic benefits may have helped improve equality in dozens of cities, analysis shows