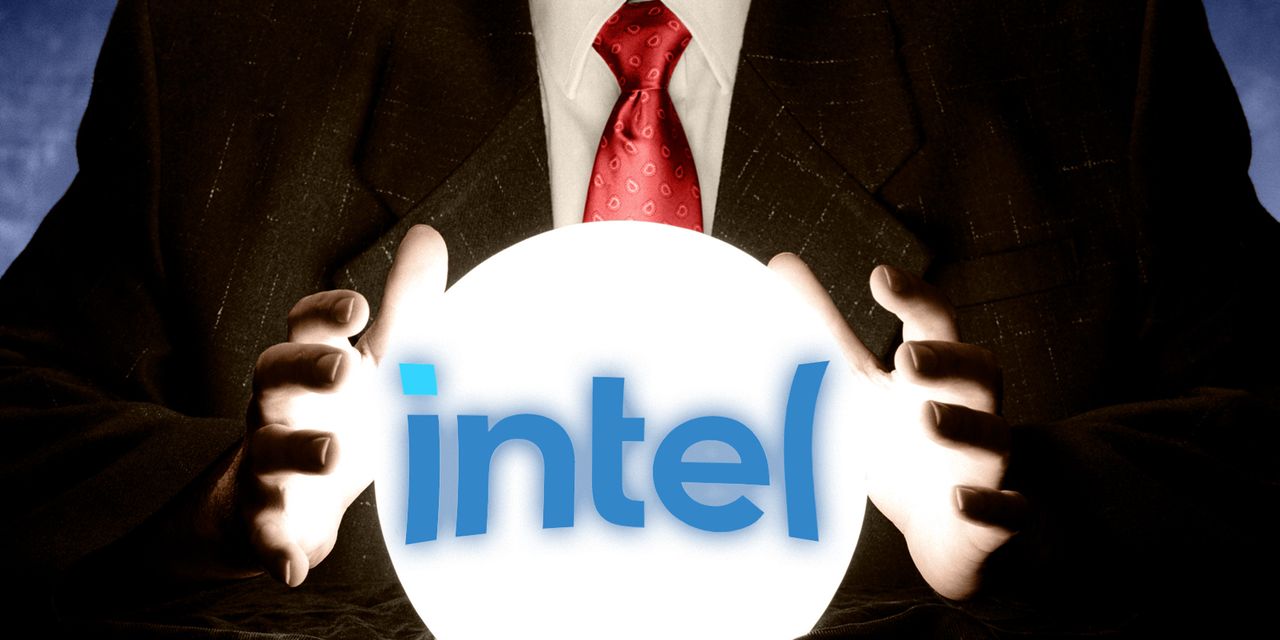 Intel earnings will be more about the future than the past

Intel Corp. earnings will be more about the future than holiday-season results: It’ll all be about cold, hard cash, preserving its flow, and whether the company will maintain its rank as the dividend king among U.S. chip makers.

is scheduled to report results after the closing bell on Thursday, and those results are expected to be poor as the PC industry tries to recover from a record free fall in shipments, with profit expected to decline more than 80%.

Instead, Wall Street is focusing on how Intel executives see the year ahead given their overly optimistic annual guidance last year, with special attention to how much cash flow Intel expects to generate in 2023, as analysts wonder if Intel’s dividend is safe. The chip maker ranks as paying out the highest yielding dividend among chip makers on the PHLX Semiconductor Index
SOX,

with a 4.87% yield, the next highest being Broadcom Inc.’s
AVGO,

B of A Securities analyst Vivek Arya kept his underperform rating because weakness in the first half of 2023 is already well-known and because of the chip maker’s competitive, strategic, and financial risks from competitors such as Taiwan Semiconductor Manufacturing Co.
TSM,
,
Nvidia Corp.
NVDA,
,
Advanced Micro Devices Inc.
AMD,
,
and SoftBank Group’s
9984,

Arya said his focus will be on the slope of the anticipated recovery in the second half of 2023. Anything above a historical 15% to 20% half-over-half “historical” recovery “could be viewed skeptically.”

Intel suffered such a fate this past year after it was one of the last chip makers to hold out on correcting what was
undefined
considered by the Street an outlook that was too optimistic. Executives finally slashed that outlook twice in the second half of the year, and announced billions of dollars in cost cuts and layoffs as the year gave way to the worst PC shipment declines on record.

Arya said he’ll be looking for any benefit of a reopening in China and the long-delayed Sapphire Rapids server CPU launch, and if the free-cash-flow outlook includes any government subsidies and tax credits.

The analyst said “any CY23 FCF outlook that is worse than ‘net’ loss guide of $2-$4bn from CY22E could be disappointing.”

What to look for

Revenue: Wall Street expects revenue of $14.49 billion from Intel, according to 26 analysts polled by FactSet, based on Intel’s forecast of about $14 billion to $15 billion. That’s down from the $16.91 billion Wall Street expected at the beginning of the quarter, and the $19.53 billion reported last year, and will mark the 10th consecutive quarter of year-over-year revenue declines. Estimize expects revenue of $14.87 billion.

Breaking down divisions, analysts surveyed by FactSet expect revenue from client computing to come in at $7.68 billion; data-center and AI group revenue of $4.17 billion; “network and edge” revenue of $2.26 billion; and Mobileye revenue of $476.8 million.

Stock movement: Speaking of an expected 10th straight quarter of revenue declines, shares have fallen in nearly the same pattern. The stock has declined after earnings in nine out of the 10 past quarters, with the one time they rose being last quarter, when the company announced cuts.

What analysts are saying

Evercore’s Muse said he is remaining on the sidelines with his hold-grade rating as he looks for “another meaningful reset coming.”

Muse expects a miss and an outlook below the Street consensus for the holiday quarter, and a 2023 revenue guide of about $57 billion, while the consensus according to FactSet is $60.05 billion, and capital expenditure spending flat at $25 billion.

“We believe full-year 2023 remains at risk as weakness persists in 1H23, and data center remains challenged through the year,” owing to AMD competition, Rolland said.

The analyst said Intel is still working through the “PC inventory dynamic” given recent data, but offered that “June may ultimately prove to be the first ‘super-seasonal’ quarter as the inventory dynamic normalizes and benefits sell-in.”

“All said, we believe guidance and estimates are going lower, but it’s hard to judge what is ‘in the stock’ as sentiment remains low,” Rolland said.

Of the 38 analysts who cover the stock, six have buy-grade ratings, 22 have hold ratings, and 10 have sell ratings, along with a target price of $29.78.