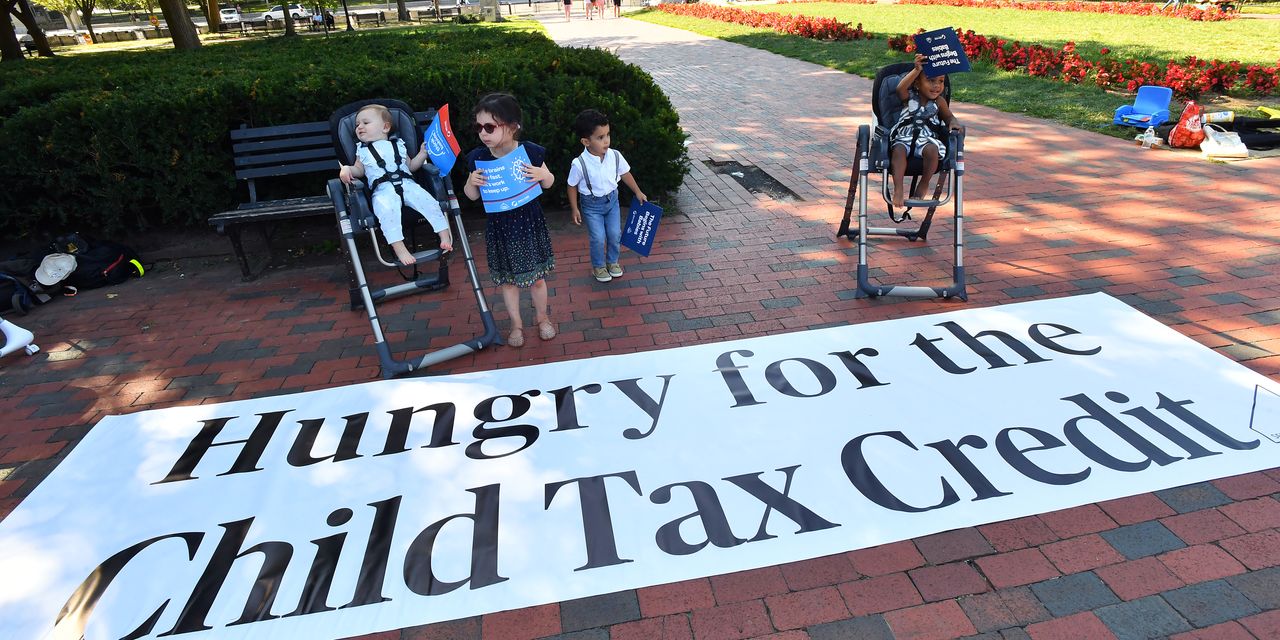 
We want to hear from readers who have stories to share about the effects of increasing costs and a changing economy. If you’d like to share your experience, write to readerstories@marketwatch.com. Please include your name and the best way to reach you. A reporter may be in touch.

The temporary boost to the child tax credit, which offered qualified parents monthly payments worth up to $300 per child earlier in the pandemic, may have helped blunt symptoms of depression and anxiety among lower-income adults — with the greatest impacts seen among families of color, according to a new study.

Mental health benefits appeared to be even more substantial for Black and Hispanic adults, whom the researchers noted had more to gain from the higher tax credit due to racial disparities in pandemic job losses and household wealth: They experienced a 2.3 percentage point greater decline in anxiety symptoms when compared to white people.

“These findings are important for Congress and state legislators to weigh as they consider making the CTC and other similar tax credits permanent to support economically disadvantaged families, particularly as the economic recovery from the pandemic drags on and as already marginalized families continue to be left behind,” the study’s University of California San Francisco-based authors, Akansha Batra, Kaitlyn Jackson, and Rita Hamad, wrote.

The child tax credit expansion, which came about through the American Rescue Plan in 2021 and ended later that year, took the typical $2,000-per-child tax benefit for mostly middle-income families, widened its eligibility to more low-income families, and raised the amount offered to $3,000 for every child over the age of 6, and $3,600 for each kid under the age of 6. Half of the credit was distributed on a monthly basis from July to December 2021.

Though short-lived, the enhanced payments may have contributed to a drop in child poverty, helped parents’ ability to cover emergency expenses, and reduced food insecurity. People receiving the payments were also more likely to reduce their reliance on selling blood plasma, taking out payday loans, and using pawnshop loans when compared to those who weren’t eligible, according to the Brookings Institute.

“Our study adds to a small but growing body of work that shows that the CTC not only increased food sufficiency but also improved mental health among adults with children, particularly among the most marginalized groups,” the authors of the Health Affairs study wrote. “By reducing financial hardships, this policy has the potential to improve the environments in which vulnerable low-income children grow up.”

To be sure, a separate Health Affairs study published in November said it “found no evidence that the CTC expansion had a significant short-term impact on measures of life satisfaction, anxiety, and depression symptomology among adult recipients,” potentially due to the expansion being temporary.

The authors of this week’s study said that research “used different measures of life satisfaction, depression, and anxiety; employed a different analytic technique; and had a smaller sample size than our study, which may explain the different findings.”