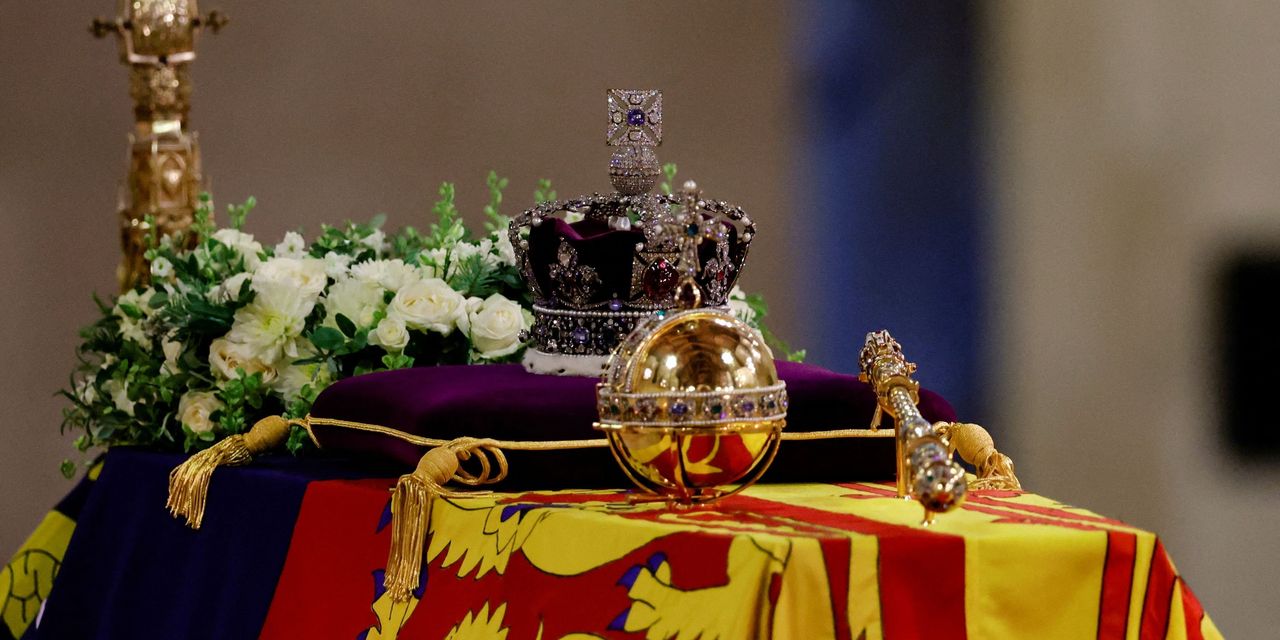 Queen Elizabeth II’s state funeral: Who are the guardsmen carrying the monarch’s coffin?


The eyes of the world are on Westminster Abbey in London for the funeral service of Queen Elizabeth II.

The coffin used to lay Britain’s longest-serving monarch to rest has been attracting plenty of attention. In keeping with royal tradition, the coffin is lined with lead, according to Metro, which reports that the tradition dates back centuries.

The Forces.net website reports that the Queen’s casket was made 30 years ago is constructed of English Oak. The casket weighs a quarter of a metric ton, or 550 pounds, and could weigh up to 700 pounds.

Soldiers from the Queen’s Company, First Battalion of the Grenadier Guards will serve as pallbearers. The regiment is one of the oldest in the British Army and traces its history back to 1656.

The Queen’s Company are the tallest soldiers in the regiment. “All over six foot they are also marked out for their immaculate bearing, operational experience and exemplary behavior,” according to the British Army’s website.

Members of the Queen’s Company carried the Duke of Edinburgh’s coffin at his funeral in 2021.

Guardsmen from the Grenadier Guards served as pallbearers for Winston Churchill’s funeral, in 1965, which was Britain’s last state funeral. The guardsmen were all awarded the British Empire Medal for their service that day.

Queen Elizabeth II’s death: What does it mean for the future of the Commonwealth?

The coffin’s lead lining prevents decomposition, according to reports.

After the funeral service at Westminster Abbey, the Queen will be interred at the Royal Vault in St George’s Chapel at Windsor Castle.

EURUSD Dips Below Parity with Dollar Index Leading the Way