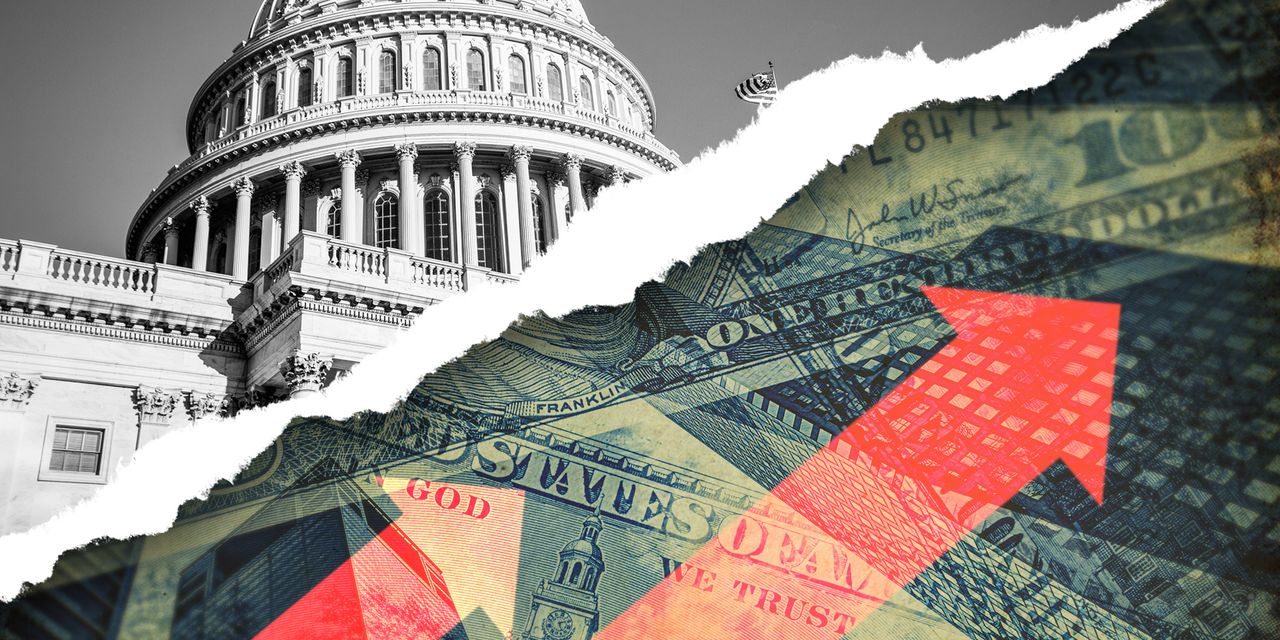 Layoffs are piling up. Recession fixations are deepening. But as higher prices continue to stick, Wall Street expects net profit margins for the companies that make up the S&P 500 index to remain at levels much higher than any level prior to the COVID-19 pandemic.

As MarketWatch has previously reported, S&P 500 profit margins had never reached 11%. They had surpassed 10% only twice, before topping 12% in 2021, despite convulsions to the labor market and global supply chains that forced companies to pay more for employees and shipping.

The record profit margins occurred amid record inflation, suggesting companies were benefiting from the higher prices handed down to consumers instead of attempting to catch up with increased costs — the reason many executives have cited for hiking prices.

In-depth: Corporate profit is at a level well beyond what we have ever seen, and it’s expected to keep growing

Still, forecasts for future profit margins are already falling, and will likely continue to decline as early optimism gives way to more clarity on corporations’ actual financial results later on. Wall Street expected annual profit margins to hit 13% in 2022 early in the year. But that target, as well as the expectations for future years, declined throughout. Analysts in recent weeks have already grown more pessimistic about companies’ earnings per share for the first half of this year.

The higher margin forecasts could also come down to timing, and the way earlier decisions to raise prices, coupled with more recent decisions to cut costs, land on the top and bottom lines. Profits for some companies, such as jet maker Boeing Co.
BA,

— a company big enough that it could determine whether S&P 500 profits rise or fall this year altogether — are also expected to stage a big comeback this year.

“Generally speaking, many companies have been able to raise prices to offset higher costs,” said John Butters, FactSet senior earnings analyst. “Some of these companies have discussed a lag effect where it’s taken some time for price increases to catch up to cost increases, so this could be a factor.”

He noted that executives at Conagra Brands Inc.
CAG,

— which makes food under names like Healthy Choice and Duncan Hines — said during an earnings call this month that there was an “inherent lag between when we implemented pricing actions and when we realize the benefits of those actions in our top line results.” Margins, during that window, took a hit.

But management said margins were entering a rebound phase as that window closed, and that “inflation has begun to moderate in certain areas, enabling our inflation-justified pricing actions to catch up to the rising costs.”

See also: Investors are ‘desperate’ for a recession that forces the Fed to cut interest rates but what happens to markets if the economy remains healthy?

Butters also noted that FedEx Corp.
FDX,
,
meanwhile, is slashing costs while also raising shipping rates this year. When the air-and-ground package deliverer reported earnings in December, executives said shipping volumes were easing, but they were still extracting more money out of each delivery via surcharges.

More employees over the past three years have demanded better pay and benefits, after dealing with the stress of understaffing and the risk of COVID-19 exposure on the job. Bosses, in turn, have grown more anxious, as they struggle to attract employees who are more willing to weigh their options and deal with pressure from investors to keep prices high and costs low. Labor is often one of the biggest costs for a company, and many companies have raised pay or added other incentives in an effort to draw talent.

In an analysis of the 20 companies so far that have conducted fourth-quarter earnings calls, FactSet found that just over half cited “negative impacts” from labor costs and a tougher foreign-exchange backdrop. In a Deloitte survey of retail executives published on Thursday, 70% said that “labor was the no. 1 challenge heading into 2023,” as many jobs remain unfilled.

As executives juggle those costs and a slowing economy, analyst sentiment for the first half of the year has turned sharply. “Over the past few weeks, earnings expectations for the first quarter and the second quarter of 2023 switched from year-over-year growth to year-over-year declines,” the FactSet report on Friday said. However, analysts expect a rebound in the back half of the year.

This week in earnings

companies are set to report this week. Of those, two are members of the Dow Jones Industrial Average.
DJIA,

issues earnings after the close on Tuesday, after Delta Air Lines Inc.
DAL,

reports results on Wednesday, after a drop in demand for goods made for cheaper shipping prices.

reports Thursday, as it pushes ad-supported streaming and shakes up financial forecasting following staff cuts and a miserable year for its stock. Procter & Gamble Co.
PG,

despite a slowdown in deal-making.

Among the banks that reported Tuesday were Morgan Stanley
MS,

Both reported lower fourth-quarter earnings amid the deal deceleration. Trading results were mixed, even as the Fed’s fight against inflation keeps markets turbulent.

See also: Jobs added at Morgan Stanley, Bank of America, Citi and JPMorgan but cut at Wells Fargo and Goldman

Silvergate Capital Corp.
SI,
,
a bank that handles cryptocurrency payments, also reported a $1 billion loss on Tuesday and said it would “substantively reduce its workforce,” after racing to plug gaps in its finances amid the run on crypto following FTX’s collapse. PNC Financial Services Group Inc.
PNC,

Last week, JPMorgan Chief Executive Jamie Dimon said the U.S. economy was strong, but said the impact of inflation was still unclear. And Chief Financial Officer Jeremy Barnum, during the company’s earnings call, said that the company had set aside $1.4 billion in reserves following changes to its financial outlook, “which now reflects a mild recession in the central case.” The company’s fixed-income trading revenue rose 12% during the fourth quarter, with management saying that “elevated volatility drove strong client activity.”

The call to put on your calendar

United Airlines: United Airlines will report on the back of results from Delta, which said that travel demand was still strong and that its first-quarter forecast incorporated “all labor cost increases.” Higher fuel costs, labor tensions and issues with airline flight-management technology remain at the forefront of the problems for the industry, after Southwest’s flight-cancellation debacle this winter and airline worker demonstrations last year.

Delta and its pilots union last month reached an initial agreement for big pay increases. As other news outlets have noted, similar pay hikes could ripple through the rest of the industry. After many airline workers took buyouts in 2020, when the pandemic first hit, airlines have found themselves understaffed as travel returned.

The numbers to watch

Netflix’s financial figures, minus subscriber forecasts: Netflix last year said it would stop providing an outlook for subscriber additions starting this year — one of the main drivers of its stock price — and put more focus on profit and sales.

The decision, as MarketWatch reported in a Netflix earnings preview on Friday, comes as more analysts focus on streaming-platform profitability, amid a pullback in digital-ad spending and a proliferation of other options for online viewing.

Netflix earnings preview: With no more subscription guidance, the focus is on financial estimates

Netflix launched a cheaper version of its streaming service with ads. But even as the digital-ad market weakens, Jefferies analyst Andrew Uerkwitz said in a note that Netflix and Disney+ were poised to take a majority of spending on connected-TV advertising. A poll of 50 big ad buyers from Cowen also found that 41% expect their largest clients to advertise on Netflix.

Still, other analysts suggested that Netflix was living in a post-“Squid Game” world. Barclays analyst Kannan Venkateshwar said Netflix’s fourth-quarter subscribers were on pace to be far below the 4.5 million it forecast, following a drop in viewers from a record showing in the prior year for the survivalist thriller series.