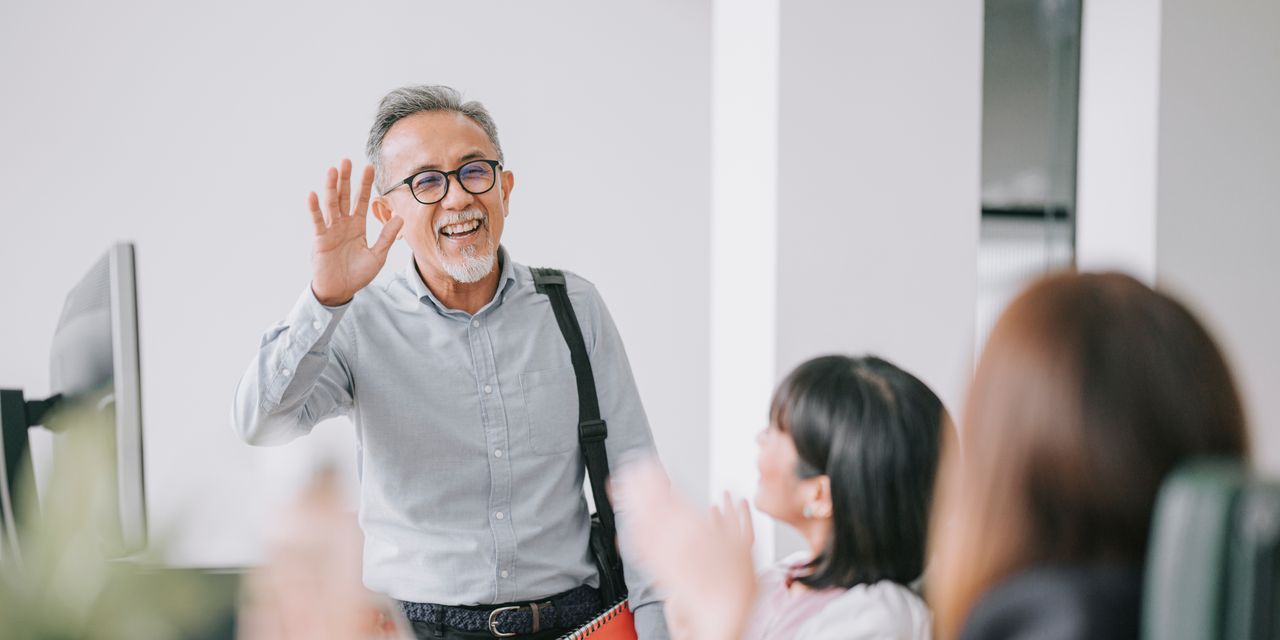 Retirement may be bad for your brain. Is working longer the solution?


When we retire from our jobs we may be giving up more than staff meetings, desk lunches and a paycheck. The social interaction and mental challenges found through work can be good for our mental health. Working longer, making decisions and being surrounded by different people is good for your brain health, according to new research.

In the first year of retirement, there’s a 30% reduction in short-term memory, said Mitch Anthony, author of “The New Retirementality” and retirement coach.

“Boredom is a real thing. The human species needs something productive to do. Otherwise, life feels aimless,” said Anthony. “A lot of retirees say they’re busy. Busy? Doing what? Doing something 18 levels below your pay grade is not good for you.”

Read: Should I claim Social Security at 62 and invest it or wait until 70?

Diverse people and ideas in the workforce also jump-start diverse thinking. When older adults retire, their circle of influence gets smaller and their thinking narrows, said Robert Laura, founder of the Retirement Coaches Association and the Retirement Intelligence Assessment.

“It’s truly the idea of if you don’t use it, you lose it,” Laura said. “Without work and the social interactions that come from it, people are watching TV 40 hours a week.”

Read: Eating these simple foods may slow Alzheimer’s by a third

This issue about the lack of social contact in retirement and cognitive decline was highlighted by new research published this month in the “Journal of Economic Behavior and Organization” by researchers at Binghamton University, State University of New York.

Read: Should you add an extra $30,000 to your retirement with an after-tax automatic Roth conversion?

CHARLS, a nationally representative survey of people ages 45 and above within the Chinese population, directly tests cognition with a focus on episodic memory and components of intact mental status.

Nikolov found that the new pension program led to significant adverse effects on cognitive functioning among older adults. The most significant indicator of cognitive decline was delayed recall, a measure widely seen in neurobiological research as an important predictor of dementia, he said.

“Participants in the program report substantially lower levels of social engagement, with significantly lower rates of volunteering and social interaction than non-beneficiaries. We find that increased social isolation is strongly linked with faster cognitive decline among the elderly,” Nikolov said. “Social engagement and connectedness may simply be the single most powerful factors for cognitive performance in old age.”

While Nikolov found that pension benefits and retirement led to improved physical health, the program also led to much more negative influence on social activities, activities associated with mental fitness and social engagement.

The results were similar to the negative findings regarding the same issues studied in other countries such as the United States, England and the European Union, Nikolov said, which he added demonstrates that retirement affects people across different areas in more similar patterns than previously understood.

“We hope our findings will influence how retirees view their retirement activities from a more holistic perspective and pay particular attention to their social engagement, active volunteering, and participating in activities fostering their mental acuity,” Nikolov said.

‘I needed something to do’: How working in retirement is being embraced by older adults and companies

‘Americans don’t believe ageism is real.’ This state wants to stamp it out.

Must be ‘fit and active’ or ‘digital native’: how ageist language keeps older workers out

‘Young people know more about TikTok and Minecraft than money.’ Teenagers want to be smarter about finances — teach them.