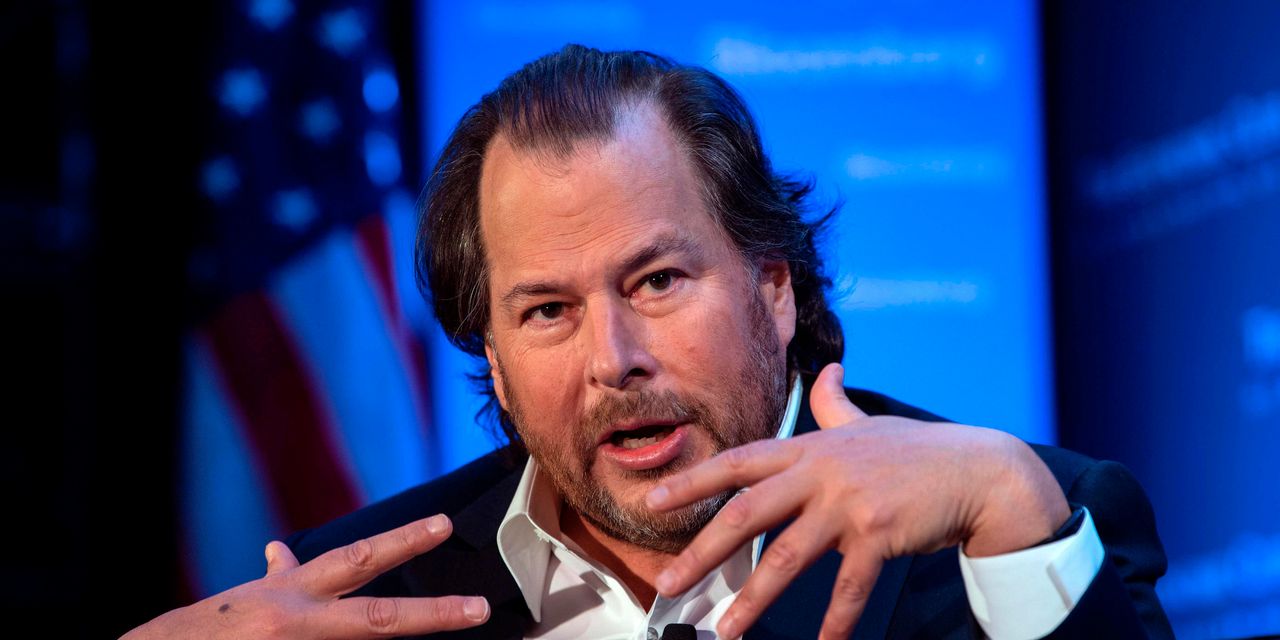 
Salesforce Inc. is shaking up its leadership and its broader organization, and those changes carry uncertainty for its stock, according to an analyst.

to market perform from outperform Friday, warning of the potential for “elevated levels of disruption risk” due to a handful of executive exits as well as a plan to restructure the company.

“Combined with tougher macro conditions & our concern of CRM customer spending behavior during renewals…we expect more uneven growth execution in the quarters ahead,” he wrote. “We see these dynamics as medium-term overhangs on shares.”

See also: Salesforce will lay off 10% of staff as part of restructuring

Among the executives who have or will leave their current Salesforce posts are co-Chief Executive Bret Taylor, Slack CEO Stewart Butterfield, and Tableau CEO Mark Nelson. That array represents, in part, “the highest level of concurrent [executive] departures ever,” according to Wood.

Opinion: Salesforce better get used to Marc Benioff in charge, because he keeps chasing off his chosen successors

The turnover comes at a tough time for Salesforce and the broader software industry. Wood notes that the company’s fourth-quarter outlook calls for growth slowing to 13% on a constant-currency basis, which he said would be the lowest level on record for Salesforce.

“Our recent checks are also flagging concerns on trends in sales productivity…and end-market demand,” he added.

He wrote of the potential for a “material contraction in customer spend during renewals (whether seat reductions or SKU [stock-keeping unit] downgrades) as customers often over-buy to get discounts, but in a slower environment this can result in unused seats/products to rationalize.”

Additionally, Wood said some customers are opting for one-year contracts so they have more flexibility, and he worries that tools like Tableau and Slack will be viewed as more of “nice-to-have” products in a budget-constrained landscape.

“We think these dynamics will weigh on growth visibility through CY23, especially given the uncertain renewal behavior & the material change likely to come around sales structures to improve efficiencies,” he wrote.

Despite the downgrade, shares of Salesforce were up 0.6% in Friday morning action. They’ve lost about a third of their value over the past 12 months, as the S&P 500
SPX,

Some home builders are offering mortgage rates as low as 3%. Here’s why they’re doing it.