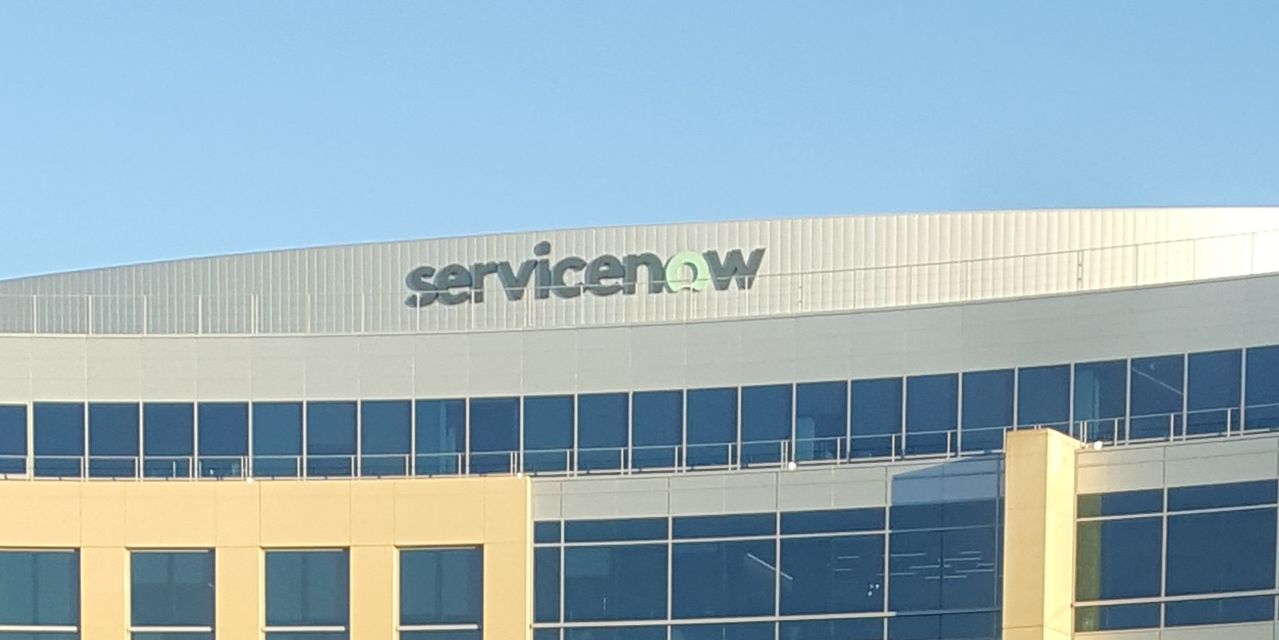 ServiceNow beats on earnings and forecast, but stock plunges


After a stock rebound in the opening weeks of the new year, ServiceNow Inc. reported earnings that topped expectations and projected stronger revenue growth than Wall Street expected Wednesday, but shares sank more than 7% in late trading.

Wall Street analysts tracked by FactSet had estimated revenue of $1.94 billion on earnings of $2.02 a share. Shares dropped more than 7% in after-hours trading immediately following the release of the results, after closing with a 1.2% increase at $448.51.

“Customers know they have to do more with less,” ServiceNow Chief Executive Bill McDermott told MarketWatch in a phone interview Wednesday. He said a number of companies that have recently shed workers have increased their business with ServiceNow to manage internal operations with fewer workers.

In his conversations with ServiceNow customers, IDC analyst Stephen Elliot said many mentioned “value realization,” especially in their use of Impact, an AI-powered product from ServiceNow that lets customers track their implementation of ServiceNow software.

“We will be the defining software company of the 21st century,” McDermott confidently stated.

The company’s strong results matched the bullish expectations of at least two Wall Street firms in recent days. ServiceNow remains a “top pick” in the estimation of RBC Capital Markets analyst Matthew Hedberg, who maintained an outperform rating and price target of $500 in a note Friday.

“[We] believe the [calendar] year will be back-end loaded” for guidance, Hedberg wrote. “While IT spending patterns are likely to remain choppy in 2023, we think NOW has the ability to consolidate customer spend and drive margin improvements.”

In a note last Thursday, Bank of America analysts led by Brad Sills outlined “healthy, sustained demand” for ServiceNow bookings and predicted 25%-plus growth for the next three to five years in a total-addressable market of $65 billion.

They credited ServiceNow’s competitive advantages of a “unified platform, breadth of offerings and ease of implementation.”

“This is the most difficult outlook piece we’ve written in our combined decades covering the sector,” Zelnick wrote in a note Monday. “With the weightiness of macro factors, more dimensions to the analysis and a wider range of outcomes, we struggle to have conviction near-term, though ironically, we couldn’t be more resolute in our thinking about the long term.”