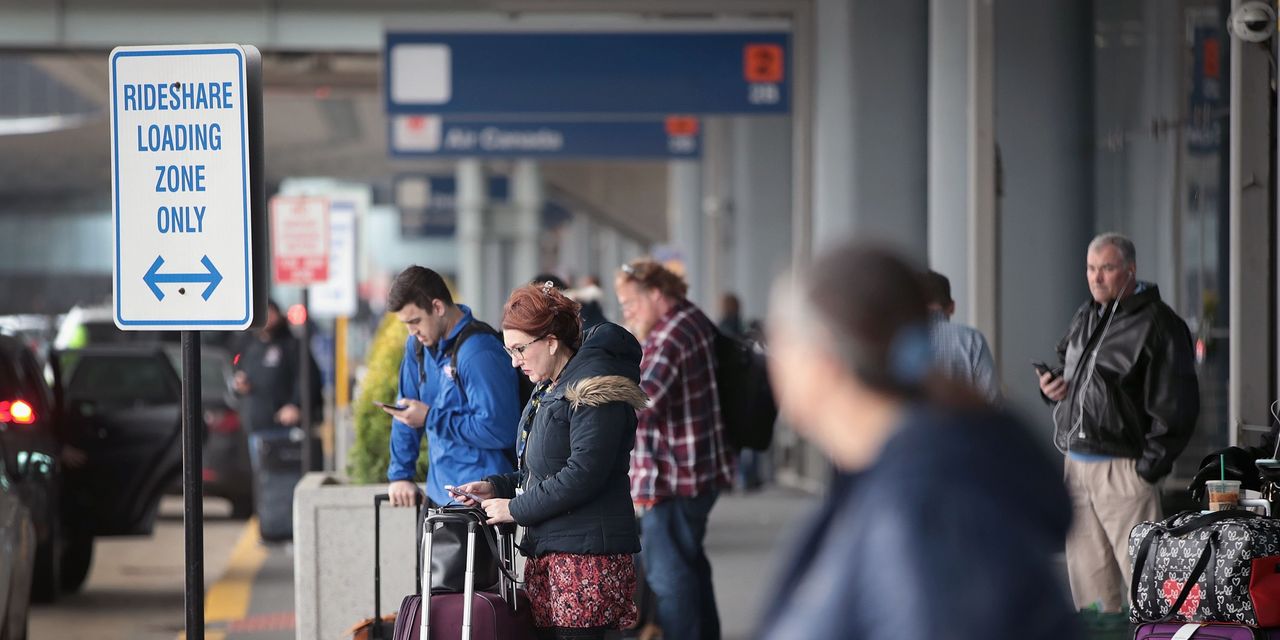 ‘Sometimes, there is no way for drivers to prove their innocence’: Rules seek to address apps banning gig workers


Gig work can be precarious, with workers’ earnings depending on the condition of their cars, enough customers hailing rides or ordering food, and whether companies are paying enough to make it worth their while.

In some cases, though, drivers for app-based companies can lose their ability to work at all. Apps can “deactivate” them when customers complain, with little warning and no ability to find out why they were kicked off an app or do anything about it.

“The ratings system is very flawed,” said Lenny Sanchez, director of the Independent Drivers Guild Illinois chapter. “We get the rug pulled out from us instantaneously.”

once deactivated him after he wouldn’t let a rider drink alcohol in his car. The rider claimed that Sanchez was involved in a collision and sped away, but Sanchez was able to provide proof that there was nothing wrong with his car. While he was reinstated, he said he lost several days’ worth of work because of the false accusation.

“I had a way to prove my innocence,” he said. “But sometimes, there is no way for drivers to prove their innocence.”

Some states and cities — with input from gig workers — have acted to require protections for gig workers who face deactivation, with the latest move coming from Chicago. A proposed ordinance in that city would give tens of thousands of gig workers some protection against unfair deactivations, including the ability to appeal them.

Don’t miss: How scammers target vulnerable gig workers, and why it may never end

The proposal, announced Wednesday by Alderwoman Susan Sadlowski Garza, would require companies such as Uber and Lyft Inc.
LYFT,

to give workers 14 days notice of deactivation if the reason is for something other than “egregious misconduct,” like sexual or physical assault of a passenger. It would also establish a process for appealing deactivations; create a resolution center for network workers; and give a neutral arbitrator the final say in deactivation appeals.

“I’m proud to be introducing an ordinance that takes a step forward in addressing the job insecurity surrounding the gig economy,” Sadlowski Garza said in an email to MarketWatch. “Chicago can be part of finally giving app workers the job security that they have deserved all along.”

If Chicago passes the proposed ordinance, it would follow similar protections for deactivations in New York and New Jersey. A law in Washington state that went into effect this year, which secures some benefits for ride-hailing drivers without classifying them as employees, also includes a provision that allows for a drivers resource center that will represent workers in cases of deactivation.

The Chicago ordinance, which would also apply to delivery companies such as DoorDash Inc.
DASH,
,
Grubhub
JTKWY,

and Instacart, would be administered and enforced by the city’s director of the Office of Labor Standards, and the money for implementation would come from a proposed 10-cent fee that the proposal says companies can add to each ride or delivery.

According to the latest available data from the city, there were about 67,000 licensed ride-hailing drivers in Chicago as of last August. And one workers group estimates that there are at least thousands more app-based delivery workers in the city.

That’s what happened to Brian Cyhaniuk. He drove for both Uber and Lyft full time for about five or six years, and getting kicked off both apps has cut him off from his livelihood for almost a year.

Brian said that because of the pandemic, passengers started to report him to the companies when he would ask them to put on their masks, as mandated for a while. He said the riders would submit bogus claims because they didn’t want to mask up, which began to work against him even though he had never had a rating of less than 4.96 out of 5 stars prepandemic.

Then, one passenger lost a ring — which he said he could not find in his vehicle — and started “abusing the lost-item call feature,” he said. “She started calling me at all times, day and night. I begged Uber to intervene and they did nothing.”

He said that after about a week of such calls, the passenger called while he was on another gig, so he stopped to talk to her. He said he used the F-word and told her to leave him alone. Uber suspended him, and Lyft suspended him a week later. That was last February. Now, with an immunocompromised daughter to support, he has run out of savings and has turned to other gig work — because of the flexible hours it provides, he said. He is delivering for DoorDash, but he said it “pays so much less.”

Representatives for Lyft and DoorDash said the companies have existing appeals policies in place for deactivated workers, and would not comment on the proposed ordinance. Uber, Grubhub and Instacart did not respond to requests for comment.

This story has been updated to clarify the circumstances under which Brian Cyhaniuk talked to the passenger who was calling him.

The US Dollar Bounces Back as Recession Fears Swirl. Where to for USD?