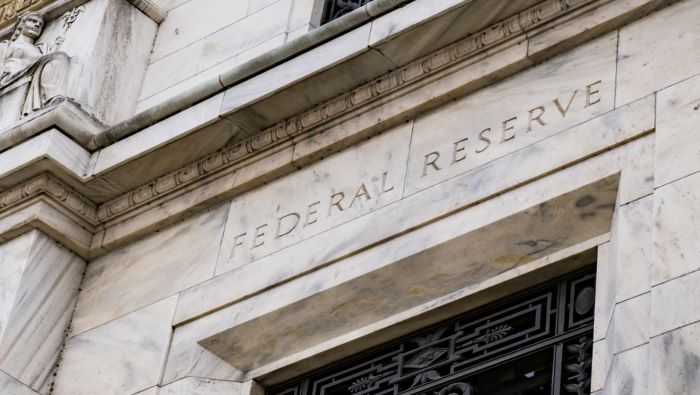 Risk Slips Ahead of a Heavy Week of Event Risk

There is some serious event risk over the coming week. The kind of fundamental charge that can not only amplify volatility but potentially redefine the definition of trends. Primary is the anticipation of a monetary policy – lead by the US central bank but complemented by a host of developed and emerging market policy groups following in close proximity. While many macro traders may be caught up in the relative performance of once currency or region’s assets versus another, I believe there is a more systemic risk consideration under scrutiny here. In the period following the Great Finance Crisis (GFC) in early 2009, there was a concerted risk suppression that lead market participation to increasingly greater extremes. As recognition dawns that the Fed and its global counterparts are not going to step in as a hedge to speculative losses, the potential for a full capsize will remain exceptionally high. I will be watching the S&P 50 closely through the coming week, but the June low is still some ways away. It will be difficult to upend the big picture speculative bearing if benchmarks are not leading the way.

Following the course of risk trends moving forward, we have both seasonal and unique systemic circumstances with which we need to contend. As far as seasonality goes, the expectations are set high moving forward. Generally, the month of September is known for a peak in volatility that stretches into October while participation (measured by S&P 500 volume) begins to pick up. Of course, the highlight most traders will focus on is that this month registers the only loss of the calendar year when averaging out performance back to 1980. That does not mean that we ‘have’ to abide the decline, but there is statistical relevance to the performance. Breaking down the market’s habits to a weekly cadence, the 38th week of the year – which we are heading into – has averaged the second of a three week slide, but the scope of loss is significantly reserved. Overall, the expectations of volatility are well-established historically, which provides a serious backdrop for the serious monetary policy tightening and recession fear that outlook that lays ahead.

FOMC and Its Peers Represent the Overt Fundamental Theme This Week

In there was a singular fundamental event risk to monitor more closely over the coming week over its peers, interest rates would be the dominant theme given the docket we are facing. At the very top of the list for market movers, we have the FOMC rate decision on Wednesday at 18:00 GMT. While there are a handful of meaningful updates before this event, nothing comes close to the global reach and intensity of the US central bank rate decision. There is a healthy debate around the possibility over whether the next hike is a 75 basis point move or 100bp (80 / 20 percent mix this past week), but the move would be sizable regardless. While there is considerable interest in how big the world’s largest central bank goes at this month’s meeting, there is perhaps more potency to be found in the expectations for lies ahead. Given that this is one of the ‘quarterly’ policy meetings, forecasts in the form of the Summary of Economic Projections (SEP) will be critical event risk. Is the markets 4.25-4.50 range outlook for yearend reasonable? The Fed’s views will help assess those futures projections.

For a closer look at Wednesday’s FOMC decision, the first evaluation to be made will be whether the central bank decides it will hike 75 or 100 basis points. Futures suggest a third consecutive three-quarters percent rate hike is the most probable outcome by a wide margin. Even though this would be a remarkable run for the world’s largest central bank, such a run would be well priced by speculators keeping tabs on inflation and Fed rhetoric. It is possible that such an outcome could be construed as a ‘disappointment’ for the Dollar and ‘boon’ for risk measures like the S&P 500. Relief is the appropriate term for such a response, but a full-fledged run would be more than difficult to stir. Beyond the rate decision, the forecasts from the Fed will speak to both rate forecast as well ss those on death watch for the economy with major peers facing down official rcessions.

All Roads Lead Back to the Threat of an Economic Retracement

Though the Fed rate decision can be readily construed as a fully contained relative monetary policy influence for the Dollar and other relative assets, my greater concern remains around the general perspective of risk. Over the past decade there has been a steady build up of speculative reach fostered by the extremely accommodative monetary policy of the world’s top central banks – both lessening risk and suppressing the tangible rate of return on a traditional portfolio. If the warnings made by the Fed and others that their pursuit to curb inflation takes precedence over recessions and market swoons shines through, the recognition could prove seriously problematic among the speculative hold outs.

Monetary policy’s papering over economic shortcoming has been a serious issue for me the past eight or so years. Despite the sharply diminished economic response to subsequent waves of stimulus by the Fed and others at the time, the central banks refused to ease up on their support rolls. The stimulus that we saw hit the markets since then did more to fan speculative reach than it did to fortify the global economy. What is problematic is that the market itself recognizes this distortion. So, what happen if an official recession registered? Thus far, the NBER’s change in definition has bought time on that call, but there are other measures that are fueling concern. Adding some weight to the Treasury yield curve inversion and oil demand signals this past session, the CEO of global shipping company FedEx announced that the company’s forward guidance would have to be cut sharply owing to European and Asian economic struggles. He was prompted into the suggestion of a ‘global recession’ signal, but the concern should resonate nonetheless.