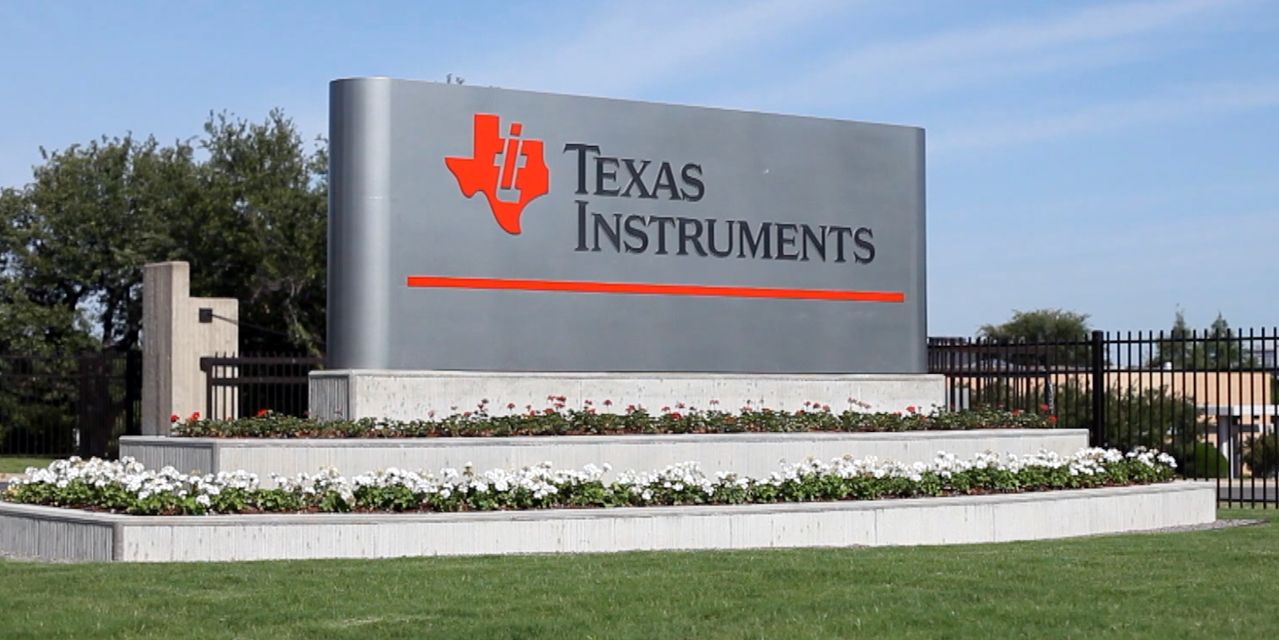 A previous version of this report incorrectly stated FactSet estimates for fourth-quarter earnings.

Texas Instruments Inc. shares were relatively placid in the extended session Tuesday following a low-ball beat and a tame outlook. The real attraction, however, was a first look into inventory management amid low demand for consumer electronics, and how sales broke down across categories.

quarter came in as expected, weak in all markets except auto chips, the natural concern — when the industry is experiencing supply-chain logjams — was how the analog-chip maker handled its own inventory while focusing on building out long-term capacity. Chip makers like Nvidia Corp.
NVDA,

spent billions in 2022 to reduce inventory ahead of a major architecture launch.

Concerning inventory, which over the past two years with COVID has gone through a famine that flipped to an irregular feast where few show up, Texas Instruments Chief Financial Officer Rafael Lizardi told analysts on a conference call that his inventory “scorecard” is based on having a broad, diverse customer base and lowering the risk of obsolescence, so the company’s high inventory level serves both short-term and long-term customers .

“So, that’s why we’re comfortable holding higher levels of inventory,” Lizardi told analysts. “I’ve been talking about from current levels, we could add a billion to 2 billion of additional inventory, and the timing, that all depends on revenue trends.”

“On the mix there’s a number of angles on that, chip stock versus finished goods,” Lizardi said. “We have a mix of both of those, in some cases it makes sense to have more of one than the other. But they’re both very low risk. So that’s how we think about it.”

At the top of the call, the company said it was not answering questions on things like its capital expenditure budget or depreciation, as it would go into detail on those at the company’s capital management presentation on Feb. 2. The company said that “big picture,” capex will probably ramp “roughly linearly” to about $2.5 billion in 2025.

Unlike companies such as Nvidia and Advanced Micro Devices Inc.
AMD,
,
Texas Instruments operates its own fabs, as do Intel Corp.
INTC,

Texas Instruments said the industrial market was down 10%, while auto chip sales rose by mid-single digits. Personal electronics fell by mid-teen digits along with the broad-based weakness, while both communication equipment sales and enterprise sales fell 20%.

The company has become increasingly dependent on the industrial and automotive markets, sales from which made up 65% of revenue in 2022, a 300-basis-point increase from 2021, while 10 years ago those segments combined only accounted for 42% of revenue.

Analysts surveyed by FactSet had estimated earnings of $1.98 a share on revenue of $4.61 billion.

Last quarter, it appeared as if auto-chip sales had become the sole growth driver in the analog chip segment, after the company focused on its long-term capacity buildout, amid a weak outlook for fourth-quarter earnings.

Read: Intel earnings will be more about the future than the past

Texas Instruments still ranks as one of the best-performing chip stocks over the past 12 months with a 1% loss, compared with a 16.3% drop by the SOX chip index, and an 8.9% decline by the S&P 500.

is scheduled to report its earnings on Wednesday after the bell, and then on Thursday comes KLA Corp.
KLAC,

after the market’s close.