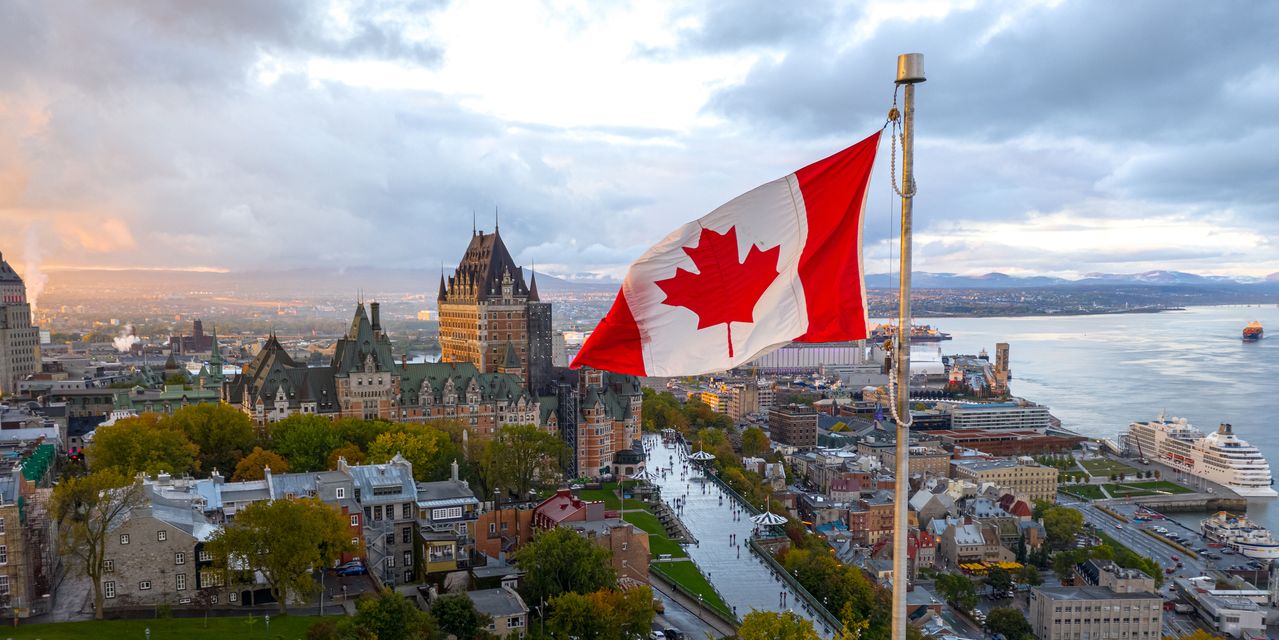 
The Bank of Canada, as expected, raised its key interest rate by a quarter of a percentage point Wednesday, but surprised traders as it signaled a readiness to put further hikes on pause if the economy cooperates.

The prospect of a series of aggressive interest rate increases coming to an end served to weaken the Canadian dollar versus the U.S. dollar. The interesting twist was that the U.S. dollar, in turn, weakened versus its major rivals, indicating traders may be speculating the Federal Reserve could follow suit after delivering what’s expected to be a quarter-point hike next week.

Wednesday’s rate hike was the eighth consecutive increase by the Bank of Canada.

“If economic developments evolve broadly in line with the MPR outlook, Governing Council expects to hold the policy rate at its current level while it assesses the impact of the cumulative interest rate increases,” the BOC said in a statement. BOC Governor Tiff Macklem emphasized in a news conference that policy makers were looking at a “conditional pause.”

weakened modestly versus its U.S. counterpart, with U.S. unit up 0.1% at C$1.3385 in recent trade, but traders noted that the U.S. dollar, in turn, weakened against its other rivals.

“Interestingly, the FX reaction spilled over into USD, which weakened as markets saw a higher risk that the Fed will follow the BOC with a dovish hike next week. This helped keep the USD/CAD jump somewhat contained,” said James Knightley, chief international economist, and Francesco Pesole, FX strategist, at ING, in a note.

Analysts said traders may be viewing the Bank of Canada decision as a potential inflection point in what’s been an aggressive tightening cycle by most of the world’s major central banks.

“Investors are growing confident that more central banks will be pausing their interest rate hikes soon, as more signs emerge that global inflation is slowing —although the outlook remains uncertain and there have been some surprises here and there,” said Fawad Razaqzada, market analyst at City Index and Forex.com, in a note.

ended fractionally lower and well off session lows, while the Nasdaq Composite lost 0.2%.

Investors have highlighted a disconnect between financial markets and rhetoric from Federal Reserve policy makers.

The Fed’s so-called dot plot forecast shows that policy makers expect the fed-funds rate, now at 4.25% to 4.5%, to peak above 5% and stay there, in contrast to fed-funds futures that has priced in the likelihood of cuts by year-end.

Fed-funds futures indicate traders expect the Fed to cut rates by year-end, as does a strong bounce by technology and other growth-related stocks this month, analysts said.

See: Tech rally is ‘biggest game of chicken between the Fed and the market I’ve ever seen’: analyst

ServiceNow beats on earnings and forecast, but stock plunges

Stock-market investors dump U.S. for international equities. Is it time to join in?