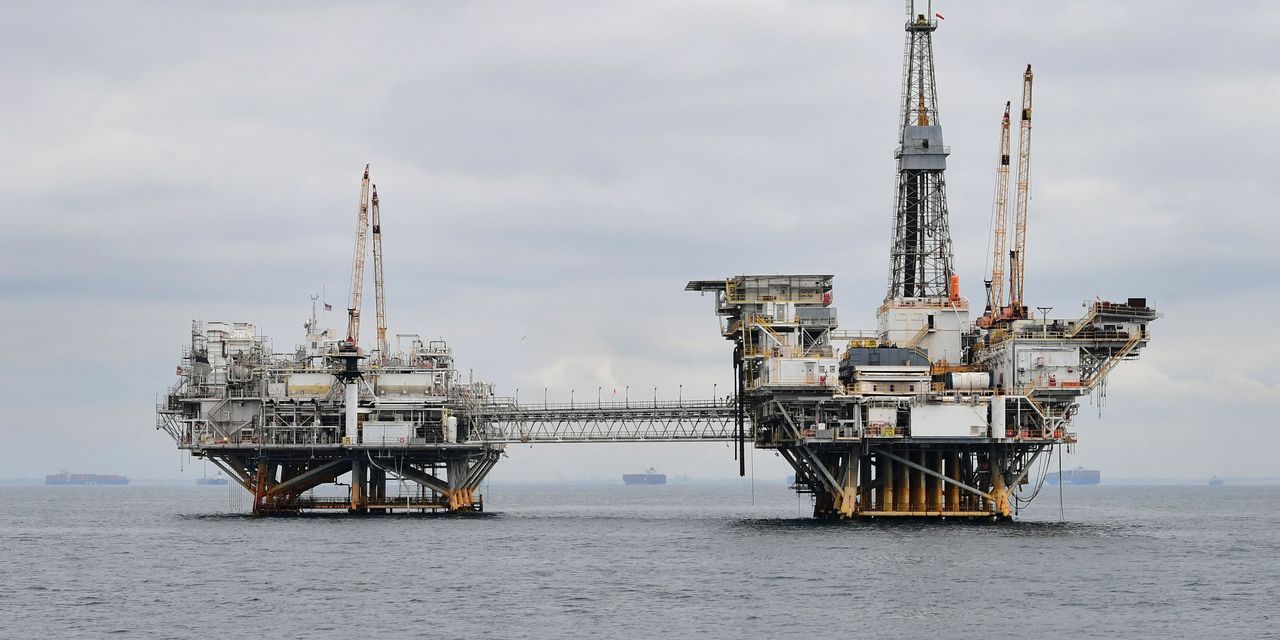 There’s only one ‘perfect asset’ to fight all the bad news out that could be coming, says this strategist

Ahead of that, stock futures are falling after Ford warned on high supply costs, on the heels of FedEx’s
FDX,

The dollar and cash have been among the most popular havens for investors as they navigate recession risks with higher rates and higher inflation, alongside a brutal war in Europe.

But our call of the day from Warren Pies, co-founder and strategist at 3Fourteen Research, sees energy as the hedge for any bad news in the pipeline. As he notes, after years of moving in opposite directions, equities and bonds have been falling together.

“I think that you just have a lot more potential outcomes in the future now where stocks and bonds are positively correlated. There’s very few assets that can hedge the risks that are out there. And I think energy is the perfect asset,” Pies said in an interview that published last Friday with Real Vision.

And while the Fed may try to hike until it brings down energy prices — a major reason for surging inflation — they may not succeed as they “can’t impact the main prime driver of oil right now” — geopolitics, said Pies.

“If we move forward fully sanctioning Russian oil and really getting off this stalemate that’s going on right now and posturing, the world’s going to be short a lot of oil,” and that will create “one heck of a recession,” he said. “Oil is going to do its own thing…That’s why you need to have oil exposure through energy in your portfolio.”

As for the types of oil companies, Pies advises keeping it simple. “You don’t need to take on any kind of company specific risk or beta right here. Buy the bellwethers, the big energy companies, liquid energy companies.

“If you want to be a little bit different or outside of the benchmark, we do still like the large cap Canadian producers because they have a lower cost of production and maintenance capex more or less,” he said.

What he’s been suggesting to clients is a 10% to 20% energy position, given the sector represents 5% of the S&P 500
SPX,
,
and then whittle the rest of the portfolio to quality companies. “You’re just trying to sidestep the unprofitable tech stuff,” said Pies.

The strategist sees a similar set up to what happened after the last tech bubble between 2000 and 2005, when markets entered into a new commodity secular bull market, and quality plus energy lagged the market, especially the tech space. He sees that similar setup playing out over the next year.

Weighing on whether the stock market is looking at bottom, Pies said if the S&P 500 reaches the 3,600 neighborhood he’d start buying. “We did it last time. On June 16, we put a report out to our clients after being bearish all year, saying put about 25% or 33% of your capital back into the market here. And if we get there again, then we would make the same move.”

Read: Stocks may be headed for more pain as second half of September is historically ‘very bearish’

is higher and bitcoin
BTCUSD,

Hear from Ray Dalio at the Best New Ideas in Money Festival on Sept. 21 and Sept. 22 in New York. The hedge-fund pioneer has strong views on where the economy is headed.

is dropping in premarket after it warned inflation has driven up supply costs by $1 billion, with parts shortages leaving more cars unfinished, though the auto maker stuck to its annual forecasts.

after failing to find a target companies in time.

is introducing a rowing machine.

is raising the price of apps and in-app purchases across parts of Asia and any country that uses the euro. Shares are slipping.

is falling even after the Riksbank hiked interest rates a bigger-than-expected 1%. Apart from the two-day Fed meeting that begins Tuesday, the Bank of England, Swiss National Bank and Norges Bank will also meet this week.

President Biden says pandemic is over, but 400 to 500 people a day are still dying

“What would have been a major catastrophe some months ago has turned out to be manageable so far,” note strategists at DWS, in reference to high energy prices in Europe, specifically Germany after Russia has all but stopped gas exports.

They say that’s for two reasons: Germany is increasing gas storage faster than expected and consumption has dropped remarkably as their chart below shows. While a tough winter or even three may lay ahead, “we are now seeing how adaptable Western industries are when faced with extraordinary pressure,” says Martin Moryson, chief European economist.

These were the most active tickers on MarketWatch as of 6 a.m. Eastern:

COO accused of a road rage attack outside a football game.

The #OneChipChallenge is allegedly putting kids in the hospital

One $100 wedding dress shared over several decades by eight brides.