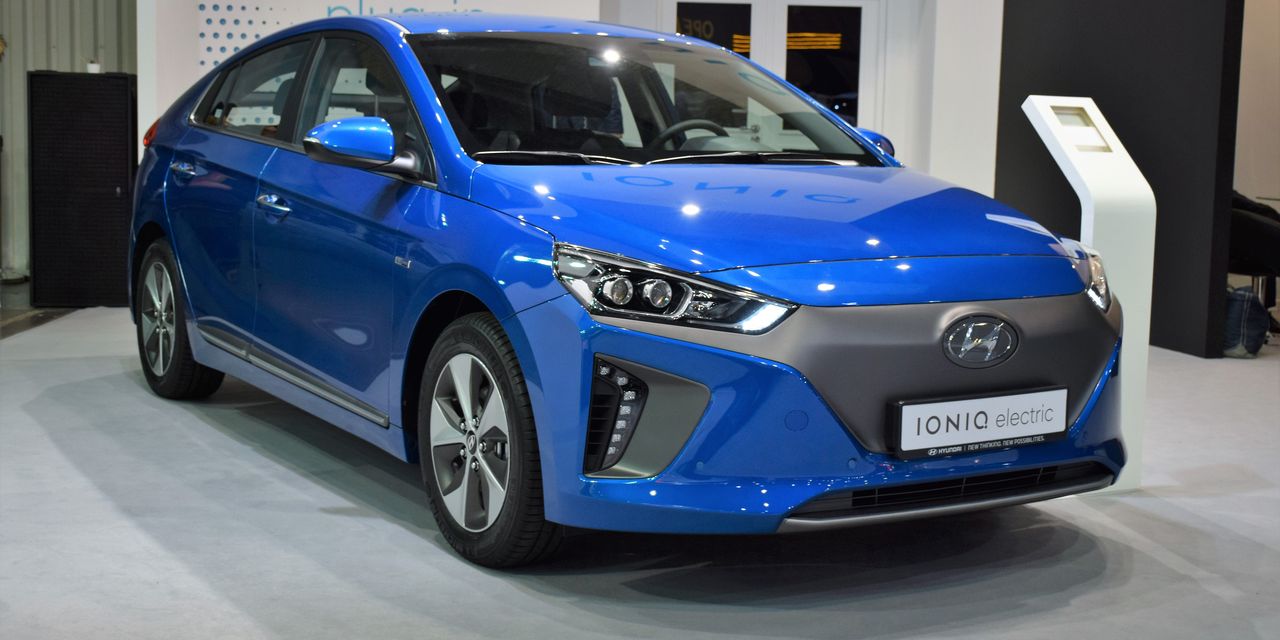 Some countries—particularly South Korea—are now objecting to certain ‘Made in America’ provisions in the legislation. But Congress and the president should stand firm—and resist pressure to give taxpayer money to foreign companies in other countries.

The issue for South Korea and the European Union is the IRA’s consumer tax credit for the purchase of certain electric vehicles (EVs). In order for an EV to qualify for a $7,500 federal tax credit, its final assembly must take place in North America. Additionally, the legislation lifts a previous sales cap on EVs manufactured by Tesla
TSLA,

and GM
GM,
.
As a result, domestic American EV companies will now enjoy a full slate of federal tax incentives. But Korean EV makers such as Hyundai
005380,

will be left out.

The IRA also mandates that an increasing percentage of EV batteries and components—including the critical minerals that make them possible—be sourced from North America and countries with whom the U.S. has a trade agreement. And importantly, the legislation bars tax credits for EVs and components made in countries considered a “foreign entity of concern”—a crucial step toward addressing slave labor in the Xinjiang region of Western China.

Boosting America’s domestic EV production can help to create good-paying jobs across a wide array of U.S. industries. And that’s much needed, since the United States continually runs large trade deficits with Europe, Japan, Korea, Mexico, and Canada. However, the IRA’s provisions do conflict with so-called “national treatment” principles in the World Trade Organization (WTO). These rules require that, if the U.S. doles out taxpayer subsidies to U.S. companies and workers, it must also do so for other countries. As a result, South Korea is now threatening a lawsuit at the WTO.

Realistically, though, Seoul’s complaints are self-serving—and South Korea should not expect U.S. taxpayers to  subsidize imported Korean cars. The United States already runs a huge trade deficit with South Korea. And both Hyundai and Kia have vastly outsold American-made electric vehicles this year.

Federal data illustrates this lopsided arrangement. South Korea exported 831,090 cars to the U.S. in 2021—and imported only 77,515 American-made cars in return. In fact, after embarking on a free-trade agreement with Seoul in 2012, America’s annual goods deficit with South Korea rose from $16.6 billion a decade ago to $28.9 billion last year. Notably, cars and auto parts happen to be a key part of that shortfall; Korea’s automotive exports to the U.S. have climbed a massive 76% in the past 10 years.

Overall, there’s also the ongoing problem of inequitable WTO rules. In their current form, WTO rules guarantee that the rest of the world can impose unfair tariff rates on the U.S. In fact, World Bank data shows that the United States continues to impose one of the lowest average tariff rates in the world—a mere 1.5%. In contrast, Korea’s average tariff rate is 5.5%.

The European Union may also challenge the new EV tax credit due to domestic-content requirements for battery and minerals production. But like South Korea, the EU’s complaints ring hollow. In 2021 alone, the European Union enjoyed a very profitable $218 billion trade surplus with the United States.

South Korea and the EU are part of a larger global pattern of countries taking advantage of America’s wide-open consumer market. These trading “partners” simply expect to sell product to U.S. consumers—and then complain to the World Trade Organization when Congress or the president takes action to reserve some of America’s home market for domestic U.S. manufacturers.

If South Korea and the EU want to complain, let them. But the Biden administration must stay the course, and pursue every effort to support America’s manufacturers and their workers.

Michael Stumo is CEO of the Coalition for a Prosperous America, a bipartisan advocacy organization representing farmers, ranchers, manufacturers, and labor organizations that make and grow things in the United States. Follow him at @michael_stumo

The FDA should ban imports of unsafe generic drugs now