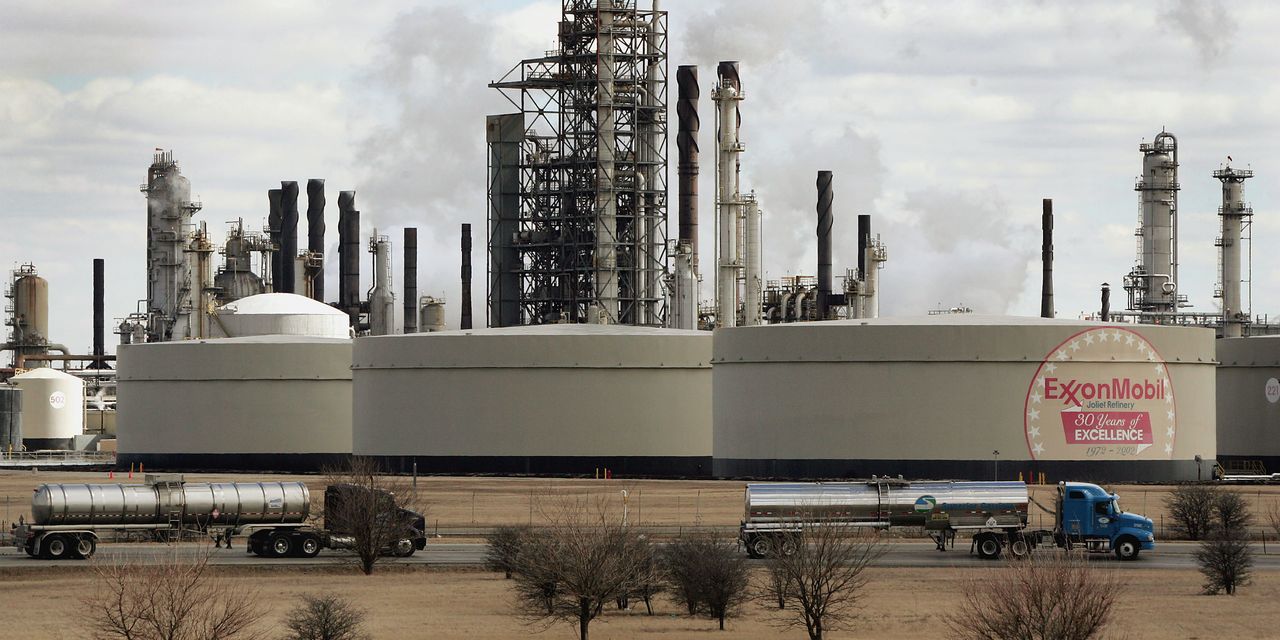 Why U.S. oil companies may be tempted to purchase European rivals on the cheap

There’s been a pretty good run in the stock market, at least when the exchanges are functional. Nomura’s Charlie McElligott explains that investors have had to “grab” assets due to repricing “right-tail” outcomes higher, as U.S. inflation is cooling, China’s reopening and Europe is avoiding a deep recession.

How long that process plays out is a question, but the call of the day looks specifically at the oil sector. The European-listed integrated oil companies trade at a more than 40% discount to their U.S. peers, according to analysts at Citi. Most of that discount is explained by the higher premium U.S. stocks more generally possess to European equities, though Exxon Mobil’s and Chevron’s shale exposure, and the pressures on European investors not to own the sector for political reasons, also are a consideration.

The markets, say Citi analysts led by Alastair Syme, aren’t going to close that gap by themselves. But the industry could, if Exxon
XOM,

or TotalEnergies
TTE,
,
whose current market caps range between $100 billion and $200 billion.

“The prize for the U.S. IOCs would look considerable, with value uplift coming through the ability to fund at a lower [cost of equity] as well as cost-synergies that we estimate in [net present value] terms in the region of 15-30% of target market-cap,” they say.

Would Europe allow the Americans to swoop in? “European politicians would undoubtedly rattle their sabres, but given they have already set out an anti-oil narrative it seems unlikely they would intervene directly. Competition authorities are unlikely to put up blockers, at least not enough to remove the value-accretion potential,” they reply.

It’s not like the oil industry hasn’t gone through consolidation before, the last wave occurring in the 1990s. And in American hands, the European companies wouldn’t spend as much on low-carbon investment, “a part of the business that is set to be a cash-sink for the European IOCs over the coming years.”

The research note comes ahead of Chevron results, due Friday, and Exxon results, which are scheduled for Tuesday.

were trading around $80 per barrel, and the yield on the 10-year Treasury
TMUBMUSD10Y,

reported earnings that on an adjusted basis beat expectations as it added more subscribers than forecast. Boeing
BA,

dropped after the plane maker posted an unexpected loss on worse-than-forecast revenue.

beat earnings expectations for the fourth quarter, and guided for first-quarter sales above consensus.

After the close, IBM
IBM,

is in talks to sell Realtor.com operator Move to CoStar Group
CSGP,
,
as a proposal to reunite News Corp. with Fox
FOX,

was called off. Both News Corp. and Fox rose in premarket trade. News Corp. is the parent company of MarketWatch, the publisher of this report.

The short-seller who famously alleged that Nikola demonstrated a truck by rolling it downhill is taking on the world’s number-three billionaire.

Here’s an English language opinion piece arguing China is not responsible for an African debt trap, after Treasury Secretary Janet Yellen’s visit to Zambia in which she urged action from the number-two economy. China’s embassy in the U.S. was more blunt, telling Yellen to fix the U.S. debt ceiling first.

Here were the most active stock-market tickers as of 6 a.m. Eastern.

Microsoft this week confirmed it was investing billions more in OpenAI, the company behind internet sensation ChatGPT. However, what was wonder at first is quickly descending into more negative emotions about the new technology. BrandWatch Consumer Research gathered data on Twitter, Reddit, Instagram and other sites between the week of Jan. 12 and Jan. 18.

Tech company layoffs have led to the new phenomenon of remote job cuts.

There are red cards and yellow cards, but for the first time, a soccer game featured a white card.