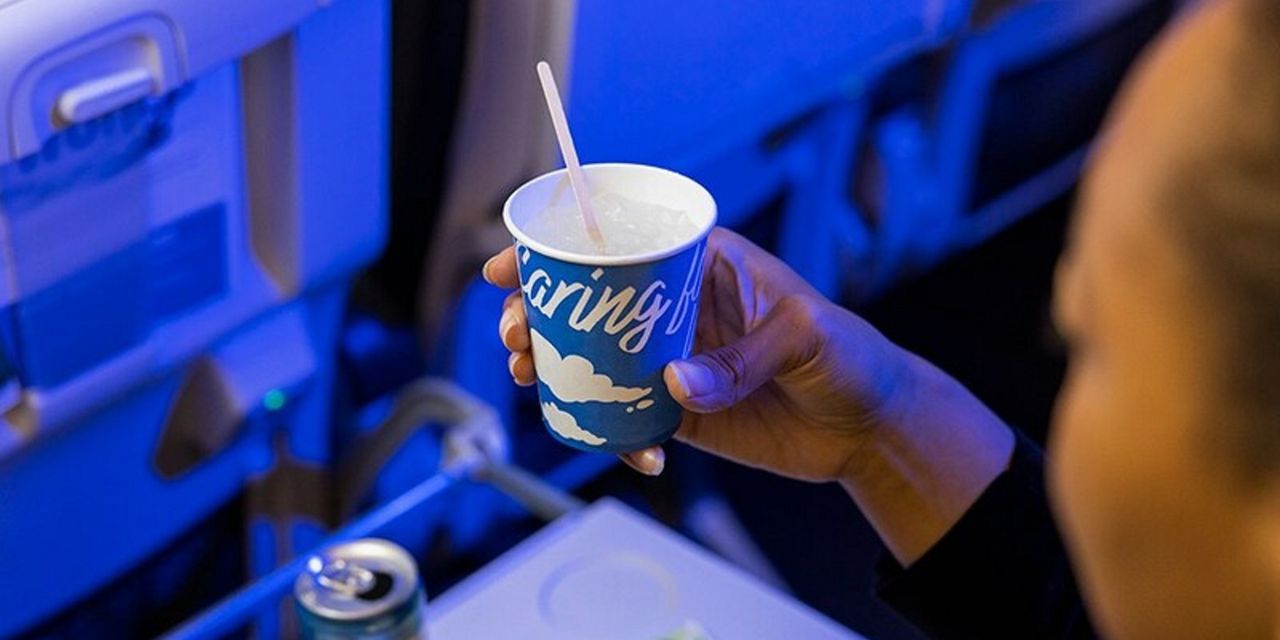 Alaska Airlines will serve your chardonnay in a paper cup, as the first carrier to cut in-flight plastic


Alaska Airlines has cut plastic cups from its in-flight beverage service, the first major carrier to eliminate the material that that emits pollution as it breaks down in landfills and that many argue causes harm to oceans when disposed of improperly.

The airline, which is owned by Alaska Air Group
ALK,
,
estimated the move will eliminate more than 55 million plastic cups annually.

Alaska will instead use certified recycled paper cups to serve most of its passengers. First-class fliers will be treated to reusable, washable glasses for cocktails and soft drinks, much like in the earlier days of commercial flight.

Combined with the carrier’s current policy of offering the Boxed Water brand, which comes in recyclable paper containers, Alaska says the total effort will keep 2.2 million pounds of plastic waste out of landfills every year. That’s equivalent to the weight of 24 Boeing 737s.

Alaska executives said the company was motivated to make the change in part because, with its focus on routes in the North American West, it caters to tourists and other travelers who generally support conservation and eco-friendly business practices that aim to preserve that scenic landscape. Regional carrier Horizon Air, also owned by Alaska Air Group, is included in the sustainability efforts.

The carrier has also pledged to reach net-zero emissions by 2040, in part by reducing carbon-emitting fuel emissions through the use of biofuel made from plants. However, it will also have to purchase carbon credits or find other ways to offset the greenhouse gases that are still emitted by its operations. Its 2040 target date is largely in line with those set by other major airlines.

Also read: Honeywell has a mile-high use for the leftover ethanol as EVs replace gas cars

The shift to paper cups “is another important step in our journey to eliminate single-use plastics and an important step for the industry to see how product innovations can chart a course to a greener future,” said Todd Traynor-Corey, managing director of guest products for Alaska Airlines.

“ Alaska Airlines says switching to recycled paper cups and giving up bottled water will keep 2.2 million pounds of plastic waste out of landfills every year. That’s equivalent to the weight of 24 Boeing 737s. ”

While plastic products are key to safe medical care, help preserve food, allow technology to be lightweight and portable and provide myriad other benefits to society, single-use plastics and plastic wrapping in particular have become the target of environmental efforts. Some 8 million to 12 million tons of plastic enter the oceans annually, entangling marine life, forming into enormous floating garbage patches and crumbling into microplastics that resurface in drinking water.

According to the most recent study by the Environmental Protection Agency, an estimated 300 million tons of plastic products are produced each year worldwide, with the vast majority going unrecycled, destined to either to accumulate in landfills or be tossed out haphazardly.

and other chemicals, it is environmentally costly to make and to dispose of, emitting greenhouse gases during decomposition. There is also evidence that the tiniest bits of plastic can damage zooplankton — microscopic creatures that play a critical role in the ocean’s ability to absorb the carbon that is dangerously heating up Earth’s atmosphere, Massachusetts Institute of Technology research shows.

“We have plastic in our stomachs,” said Christopher Noble, who is the director of corporate engagement for the MIT Environmental Solutions Initiative and leads its Plastics and Environment Program. “And so does everybody else in the world.”

Don’t miss: Recycling is confusing — how to be smarter about all that takeout plastic

The study of microplastics — how we ingest them and the potential harm they cause — is an evolving field. New research out last year found evidence of plastic in the bloodstream of humans for the first time. But scientists are still trying to learn exactly how microplastics get into the blood and what the long-lasting effect on health might be, including whether the substances can pass through the blood-brain barrier.

is down 9% over the same one-year span.

Tesla stock is top pick at Morgan Stanley ahead of earnings