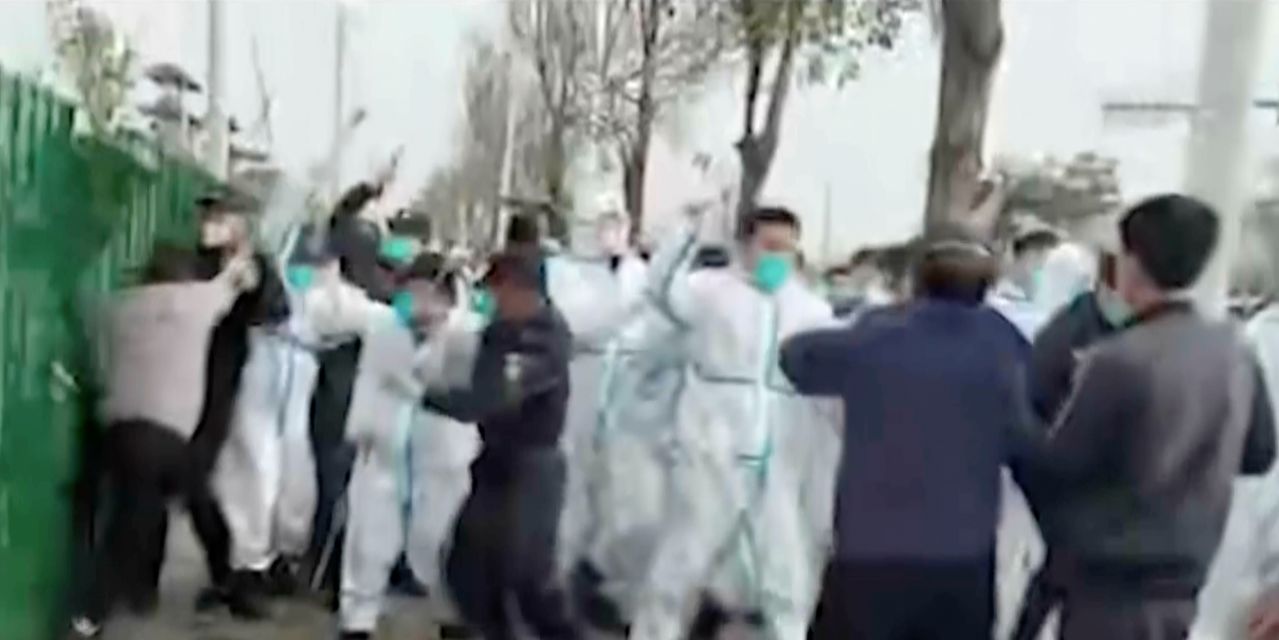 
Wedbush Securities said Friday that iPhone shortages have gotten worse in the past week, even as protests continue at Foxconn, which builds the smart phones for for Apple Inc.

but said his analysis of iPhone 14 Pro shortages and longer wait times for devices reveals very low inventories across the board.

“We believe many Apple Stores now have iPhone 14 Pro shortages based on model/color/storage of up to 25%-30% below normal heading into a typical December, which is not a good sign heading into holiday season for Cupertino,” Ives said.

Shares of Apple fell 2.2% on Friday as the worst performer among the 30 stocks in the Dow Jones Industrial Average
DJIA,
,
which rose about -0.5%.

Protests have taken place at Foxconn’s main iPhone production site in Zhengzhou, with wait times now up to 40 days for a new iPhone 14 Pro.

Overall, Wedbush expects Apple to sell eight million iPhones over this Black Friday weekend, which would be down sharply from 10 million last year.

All told, Ives is projecting production challenges could impact about 5% of iPhone 14 units out of the supply chain and handing Apple a major shortage in December.

“If Zhengzhou remains at lower capacity the next few weeks and continues to see the unrest build with workers, this would cause clear major iPhone Pro shortages into the all-important Christmas time period especially in the U.S.,” Ives said.

Fresh developments on the Foxconn worker unrest story are not particularly encouraging, however,

An unnamed source cited by Reuters said the flagship iPhone plant in Zhengzhou faces a further drop in November shipments of more than 30%, compared to an earlier estimate of up to 30%.

on Tuesday projected short supply of high-end iPhone at stores during the current shopping season.