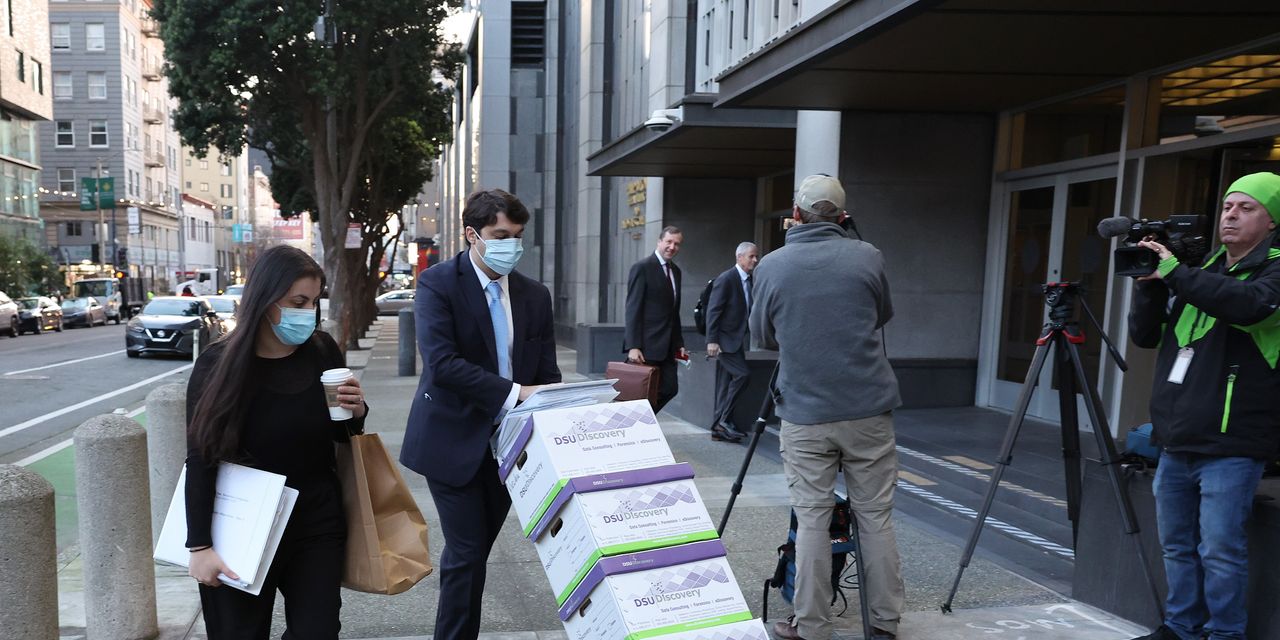 
Elon Musk testified Monday he believed he had funding secured to take Tesla Inc. private, both from a Saudi Arabia investment fund and from his stake in SpaceX.

The Tesla chief executive resumed testimony in a federal trial in San Francisco over investor losses allegedly caused by tweets he fired off in 2018, including his “funding secured” tweet.

stock added to gains as Musk’s testimony got underway, and at last check was up nearly 8% and far outperforming the broader equity indexes.

The stock traded as high as $143.50, its highest intraday since Dec. 20, and was on pace to close at its best since that date.

The CEO told the court that the $420-a-share price on the deal “was a coincidence” as it was roughly a 20% premium over Tesla’s stock price at the time, and “not a joke.”

In certain circles, the number 420 refers to marijuana use.

Lead defense lawyer Nicholas Porritt also asked several questions that led Musk to say he hadn’t talked to major Tesla shareholders such as Baillie Gifford and T. Rowe Price about possibly taking Tesla private. Musk also said he couldn’t recall specifics around speaking with the board about the plan.

Firing off the now famous “funding secured” was a way to stay ahead of a soon-to-be-run Financial Times story about the Saudi fund taking a large stake at Tesla and as a way to keep all Tesla investors informed, Musk said. Moreover, he tweeted that he was “considering” the move, “not saying that it would be done,” Musk told the court.

Musk also said yes when asked whether he recalled friend and former Tesla board member Antonio Gracias asking him to pause before tweeting, and give the board notice before doing so.

The court took a scheduled break at 2 p.m., with Porritt saying he’d continue his examination for possibly another half hour.

Musk gave brief testimony Friday before the court adjourned for the day, taking pains to make clear that his tweets are not always taken to the letter. The trial started last week and it is expected to go into February.

“Just because I tweet something, it does not mean people believe it, or act accordingly,” Musk said on Friday to a defense attorney.

The trial revolves around Musk’s tweets from August 2018, including one where he told his millions of Twitter followers he was “considering taking Tesla private at $420” and then added “funding secured.” The plan later fizzled out.

Investor Glen Littleton, the lead plaintiff in the case, alleges he lost money due to the false tweets and is seeking damages.

U.S. District Judge Edward Chen already has ruled that Musk’s tweets about taking Tesla private were not true and that Musk acted with recklessness.

It is still up to jurors to decide, however, if the tweets were material to investors and if the falsehoods caused investor losses.

The CEO and Tesla each were fined $20 million in September 2018 to settle civil charges around the “funding secured” tweets and Musk was stripped of his chairman role at Tesla.

Musk and Tesla agreed to settle the charges against them without admitting to nor denying the SEC’s allegations.

Musk’s bid to end the SEC settlement deal over the Tesla tweets was denied last year.

S&P 500’s softening earnings backdrop is a challenge for stocks in ‘very near term,’ says RBC