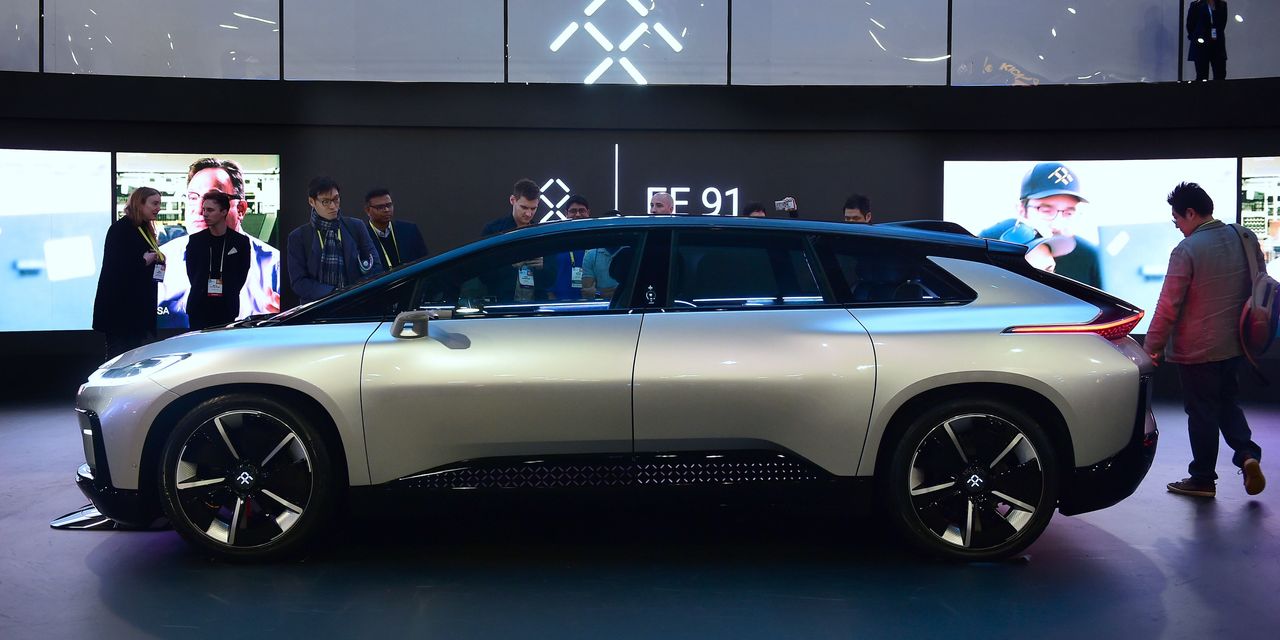 
Faraday Future Intelligent Electric Inc.’s stock ticked higher in the extended session Tuesday after the electric-car maker said it granted a large number of shareholder rights to FF Top LLC amid a cash crunch, and expects production of a saleable FF 91 Futurist flagship model by the end of March.

shares rose 3.3% after hours, following a 5.8% decline to end the regular session at 47 cents. Under the new agreement, FF Top gets supervoting rights of 1:10, which increases to 1:20 supervoting rights should the company’s market cap hit $3 billion, all subject to shareholder approval. The company currently has a market cap of $282.4 million.

Among other rights, FF Top also gets to name four out of seven board members, and control of the board, “together with certain financing approval rights,” Faraday Future said, among several other rights listed in a filing with the Securities and Exchange Commission late Tuesday. FF Top already owns an 8.8% stake in Faraday Futures, according to FactSet data.

The company said that FF Top agreed to vote all its shares to increase the number of shares to 1.69 billion from 815 million “as such number may be adjusted due to any stock split, reverse stock split or other similar corporate action after January 13, 2023.”

“I am very grateful to the FF global partners for their help during the most difficult period of the company in the past, and I also hope to continue to receive help from FFGP in future company financing and other aspects,” said Chen Xuefeng, Faraday’s chief executive, who succeeded Carsten Breitfeld back in November.

The company said it also expects to start production of a “salable” FF 91 Futurist at the end of March, with the first cars rolling off the assembly line in early April with deliveries by the end of the month. That would mark the seventh of seven manufacturing milestones for the company, following numerous delays.

In December, Faraday said it needed as much as $170 million in new funding to start that production. The company’s stock has lost about 92% over the past 12 months, and ended the third quarter of 2022 with less than $100 million in cash on its books.

Faraday Future also said it was moving its China headquarters to the city of Huanggang to support the company’s dual U.S.-China strategy.