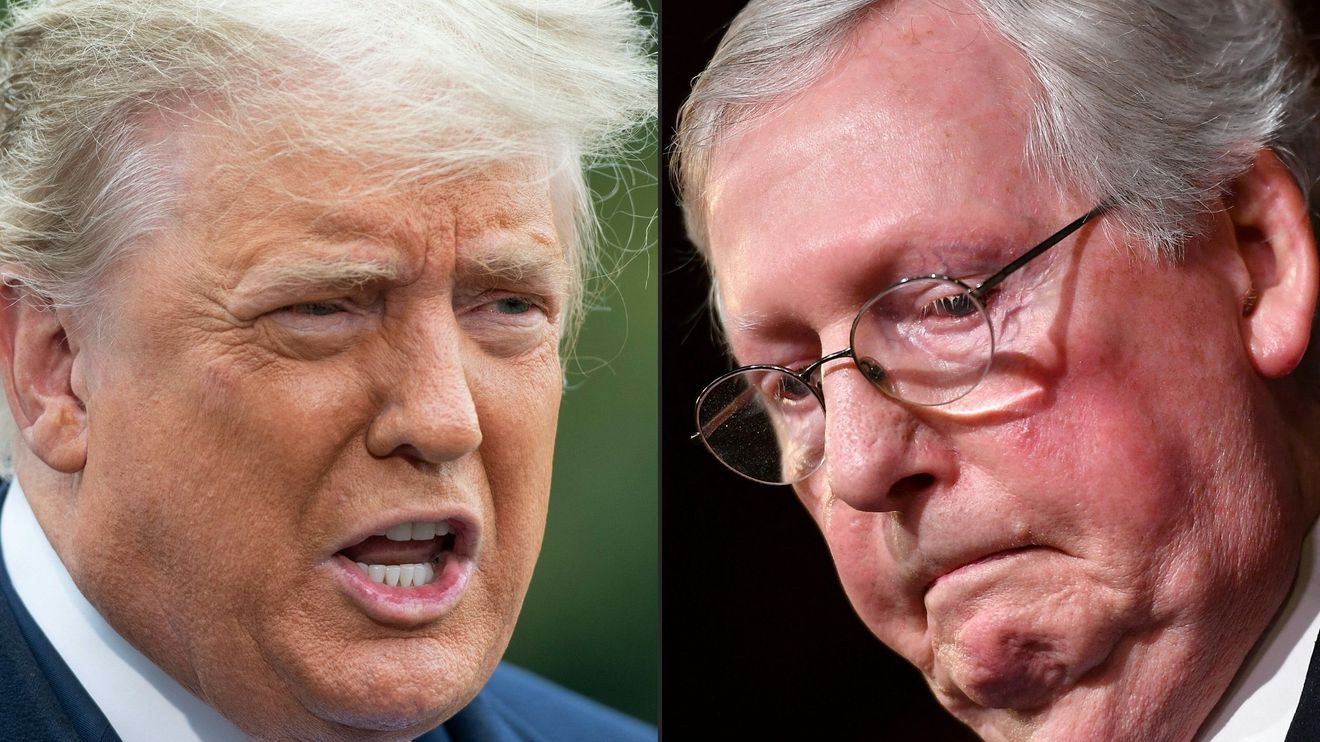 Mitch McConnell on Trump: ‘I’m done with him. I will never speak to him again.’

According to the upcoming book “Unchecked: The Untold Story Behind Congress’s Botched Impeachments of Donald Trump,” written by Rachael Bade and Karoun Demirjian and published by William Morrow, McConnell and his aides were walking through the Capitol some time after the Jan. 6 insurrection when McConnell told his aides that he was done with Trump.

“We’ve all known that Trump is crazy,” McConnell reportedly said. “I’m done with him. I will never speak to him again.”

See also: What recession? The number of millionaires will nearly double around the world by 2026

Excerpts from the book published by the Washington Post indicate that in 2021, McConnell seriously considered voting to convict Trump for his role in the Capitol insurrection, but ultimately decided to vote to acquit. The account of McConnell is based on interviews with people familiar with his thinking who spoke on the condition of anonymity for the book.

On several occasions leading up to the vote, McConnell spoke to Republican Representative Liz Cheney of Wyoming about how to loosen Trump’s grip on the GOP in the aftermath of his 2020 election loss and subsequent impeachment. The book claims that Cheney implored McConnell to speak out forcefully against Trump and to vote to convict him in the Senate.

But McConnell had his own idea.

McConnell’s office did not immediately respond to MarketWatch’s request for comment.

See also: Brace yourself, the Fed is about to inflict ‘some pain’ in its fight against inflation — here’s how to prepare your wallet and portfolio

In the months since Trump left office, the former president has not been shy about attacking McConnell.

Trump called McConnell a “broken down hack politician” in August, and in February said that “if Republican Senators are going to stay with him, they will not win again.”

In April, McConnell said Trump “totally discredited himself” during the Jan. 6 attack, but he indicated he would still support Trump if he was the Republican presidential nominee in 2024.

“The nominee of the party? Absolutely!” McConnell said.