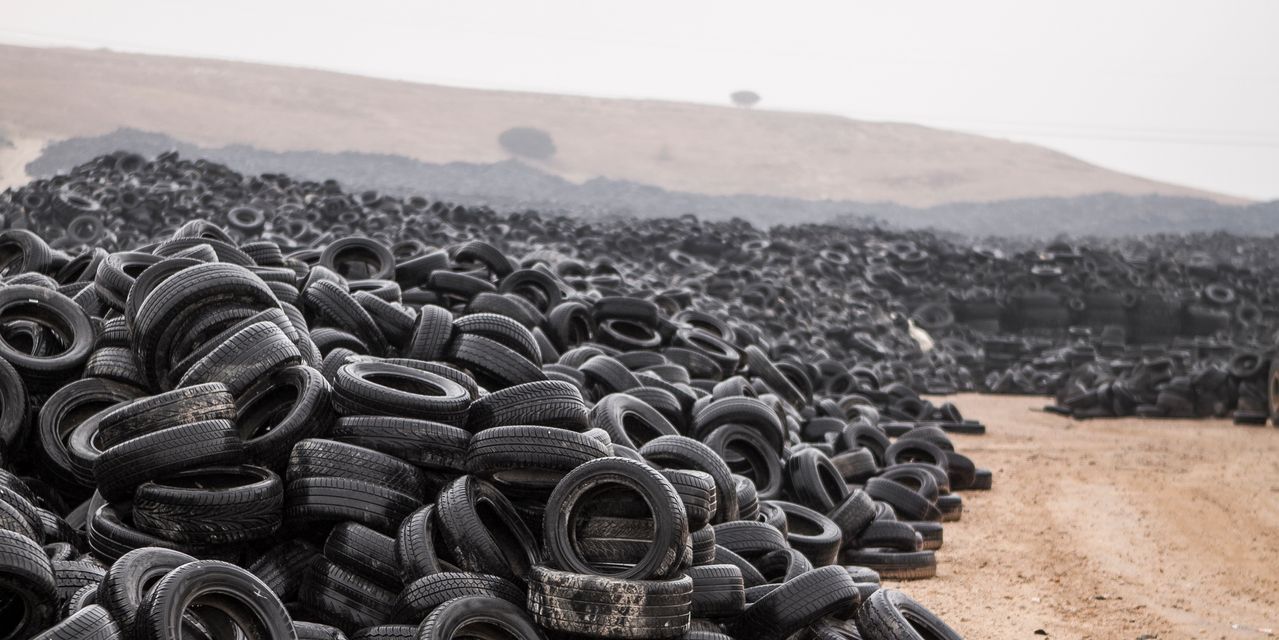 Soy, rice and reindeer liver: No, it’s not a trending appetizer, it’s a tire


Soybean oil, rice husks, and pine resin. Add in some reindeer liver and a serving stone, and it sounds like the foundation of an amuse-bouche that NoMa will serve in its last year in business (the world’s greatest restaurant is closing, if you haven’t heard).

says it has developed a tire built from 90% sustainable materials. The new tire “has passed all applicable regulatory testing as well as Goodyear’s internal testing.”

When you think of pollution caused by cars, you probably think of tailpipe emissions. Greenhouse gases remain a serious source of pollution — the EPA now estimates that transportation causes more air pollution than any other sector of the U.S. economy. But cars pose other risks to human and environmental health.

Modern tires contain steel, textiles, petroleum, and synthetic polymers. And they wear away with use – dusting roadways with those materials. They wash into streams and rivers and end up in the oceans.

A 2020 study published in the journal Nature found that, globally, cars send 6.1 million metric tons of tire particles into our atmosphere and waterways. Tire particles are some of the most common microplastics found in the oceans.

Tires that break down into harmless, biodegradable materials promise to cut microplastics dramatically.

Goodyear won’t reveal the full content of the tire — no need to let competitors know too much. But the company says it uses soybean oil to replace petroleum that keeps tires pliable in changing temperatures, rice husks to replace silica that aids in grip, and pine tree resin in place of petroleum resin.

Also see: Adding protein to diets via fermentation is one solution to egg shortages and climate change

70% sustainable tire on sale this year

The 90% sustainable tire isn’t coming to market yet.

Instead, the company will market a tire made from 70% sustainable ingredients in 2023. That last 20% will require “further collaboration with the company’s supply base,” the company says.

This story originally ran on KBB.com.

How to use the PPI in Forex Trading