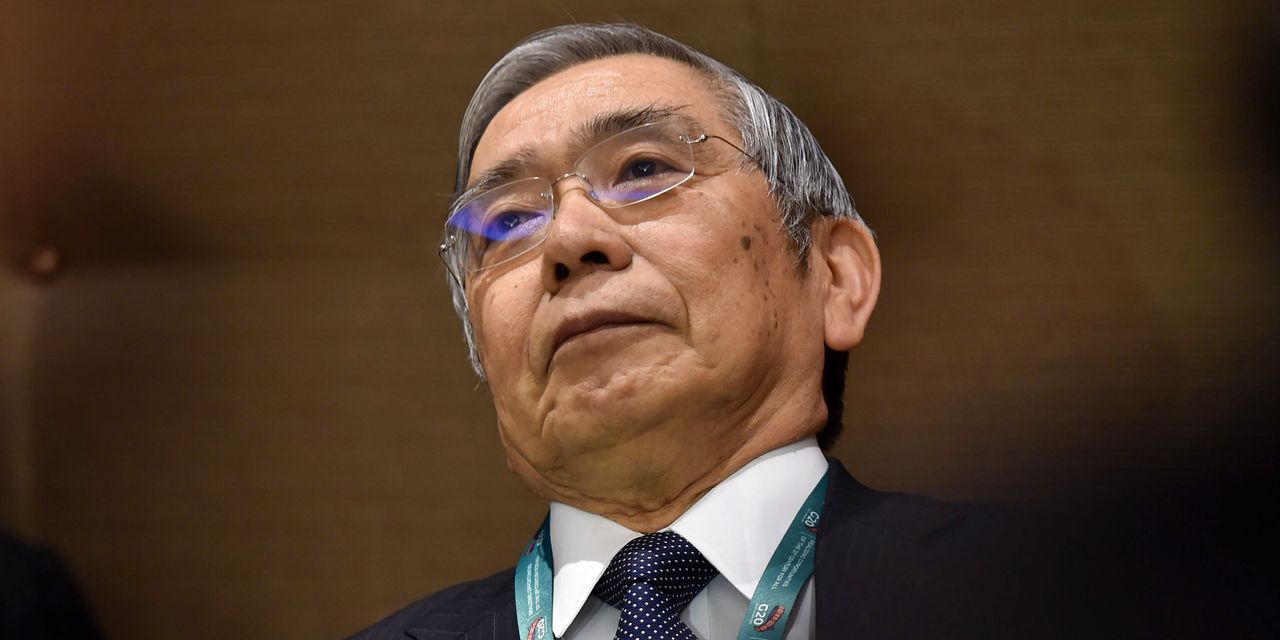 For years, U.S. investors could largely ignore Japan and its monetary policy makers. Those days are over.

At issue is the possibility that Japanese policy makers are laying the groundwork to abandon a longstanding policy of keeping official interest rates and Japanese government bond yields below or near zero as inflation continues to rise. That, market watchers say, could prompt savings-obsessed Japanese investors to begin selling off foreign assets as domestic investments begin to look more attractive.

“Such is the depth of the savings culture in Japan that when (Japanese) rates are negative and bond yields near zero, the wall of capital out of Japan into Europe and the U.S. has been one of the mainstays of the market,” Huw Roberts, head of analytics at research firm Quant Insight, told MarketWatch in a phone interview.

“Depending on how this unwind of policy goes — it’s either going to be a slow burn or a big bang event — the endgame will be the same: less money out of Japan,” he said. “I think it is a really big deal.”

The BOJ last month said the yield on the 10-year Japanese government bond could rise as high as 0.5% from a previous cap of 0.25%

The surprise move was seen as potentially pointing the way to a broader monetary tightening by the last major global central bank to maintain an ultraloose policy, though outgoing BOJ Gov. Haruhiko Kuroda denied it was a precursor to tighter policy.

Global investors were rattled by the potential for the Bank of Japan to eventually give up its role as the last remaining low-rate anchor among the world’s major central banks.

soared after the BOJ’s Dec. 20 decision, strengthening by more than 3% versus the U.S. dollar, while yields on 10-year Japanese government bonds traded above 0.4% to hit what until then had been their highest level since 2015. U.S. Treasury yields
TMUBMUSD10Y,

spiked as global bond yields rose. The U.S. dollar weakened broadly versus other major currencies. U.S. stocks shook off an early bout of weakness though.

Speculation around what the BOJ will do on Wednesday runs the gamut. Some observers see the potential for the central bank to abandon yield curve control, or YCC, altogether. Others argue that the traditionally conservative and deliberate BOJ is unlikely to move fast, particularly after stirring market volatility in December.

The yield on the 10-year JGB briefly rose as high as 0.545% in Asia on Friday. To halt the rise, the BOJ bought 1.8 trillion yen worth of JGBs with maturities from 1 to 25 years after it bought ¥4.6 trillion of JGBs Thursday, the largest daily amount of bond buying by the BOJ ever, The Wall Street Journal reported.

The market reaction to the BOJ’s December move likely took policy makers by surprise, analysts said. Instead of soothing the market, the action appeared to entice traders to test the BOJ’s resolve.

The BOJ’s plan was almost certainly to make a one-time change that would ease pressure on the YCC policy and buy time for a calm handover when Kuroda steps down in the spring, with no further policy changes in store until mid-2023, said Krishna Guha and Peter Williams of Evercore ISI, in a Tuesday note. The question is whether the original plan can be sustained in light of the “fierce dynamics” unleashed by the December policy move.

The stakes are high, as “any further relaxation — or even outright abandonment — of the YCC policy and resulting step higher in JGB yields would impart a global shock as well as sending Japanese equities lower,” they wrote.

That said, the shock to global yields would likely be manageable, the ISI strategists said. Like others, they noted that elevated currency hedging costs due to last year’s dollar surge mean Japanese investors are no longer the all-important marginal buyers of U.S. Treasurys at this point in the cycle.

QI’s Roberts, however, argued that investors should be aware of the implications of any moves beyond such near-term cyclical factors. A move away from ultraloose policy by the BOJ would ultimately be a structural dynamic removing Japanese demand from the market — “a longer running story,” he said.

The biggest impact is expected to be in the currency market.

The U.S. dollar fell 3.2% last week to trade Friday at its lowest versus the Japanese yen since May 30. The dollar was down 0.3% on Tuesday and has retreated more than 14% since topping the 150 yen level in October for the first time since 1990.

The FX options market indicates traders expect a big swing in dollar/yen either up or down following Wednesday’s meeting.

One-week implied volatility in the dollar/yen pair stood at 23% coming into this week, the highest since March 20, noted Chris Weston, head of research at Australia-based brokerage Pepperstone, in a note.. That equates to expectations for the currency pair to see a 3% move higher or lower this week

The potential for outsize moves raises fears that something somewhere could break in global financial markets.

Lauren Goodwin, economist and portfolio strategist at New York Life Investments, sees some eerie parallels between Japan and the bond-market crisis that gripped the U.K. last year. Suddenly soaring yields on U.K. government bonds, known as gilts, pushed a number of pension funds that had relied on derivative-based strategies to the brink of insolvency, a disaster averted after the Bank of England stepped in with an emergency bond-buying program.

“For years, due to the challenge low interest rates pose for meeting future liabilities, Japanese insurers have used derivatives to hedge interest rate risk,” she said, in a Monday note.

“Japan’s shrinking population has increased the need for future payouts, likely amplifying the use of risky yield-generation strategies and further increasing the fragility of the market,” she observed, noting that Japan’s bond market is five times bigger than the U.K. gilt market.