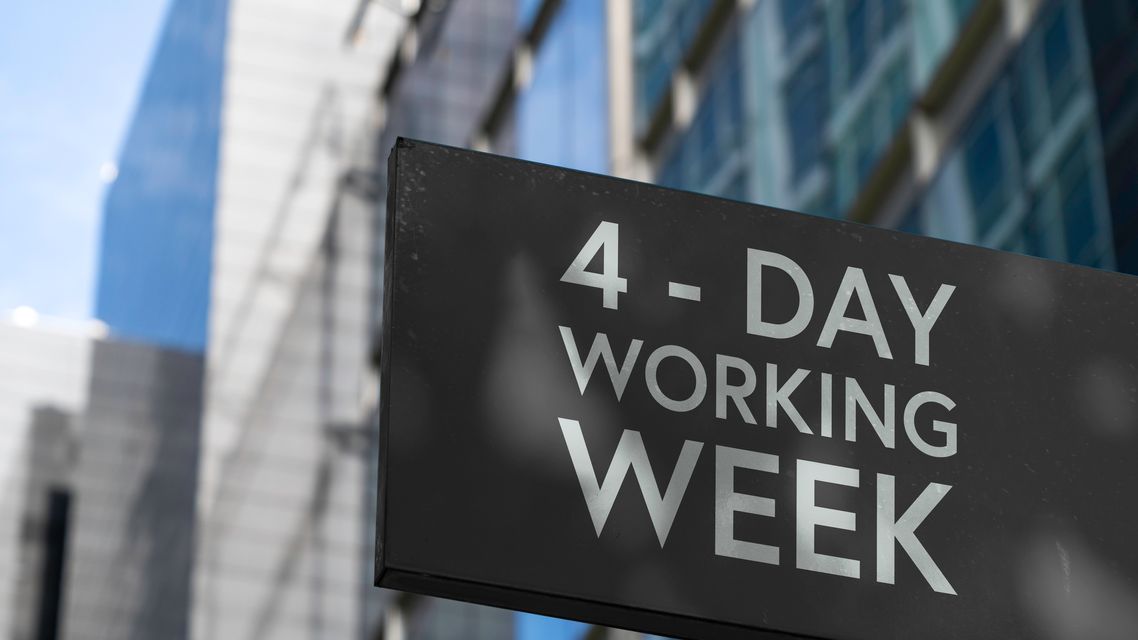 A four-day workweek is less stressful, but just as productive

Good news for fans of a four-day workweek.

Workers who worked eight fewer hours per week — amounting to one less day — were just as productive as those still clocking in for a standard 40-hour week, according to a newly released real-world study.

The study was conducted by 4 Day Week Global, which collected data on the viability of a four-day workweek. The study included a six-month trial in which 33 companies and their employees underwent a four-day workweek instead of five. This experiment, which also lowered the number of hours worked from 40 to 32 per week, found that feedback from a four-day workweek was “overwhelmingly positive.”

The salaried employees in the companies that participated in 4 Day Week Global’s trial worked reduced hours, but still received 100% of their usual pay.

The result? Overall workers’ well-being drastically improved when working four days a week compared to five. Employees said they had less work-related stress and felt less burnout stress. Over 67% of employees reported lower levels of burnout, which is defined as tiredness, exhaustion and frustration for the purposes of this trial.

Additionally, overall employee job satisfaction jumped 45% using the shorter week when workers were asked to give feedback on a 0 to 10 scale.

But the four-day workweek was not a panacea, however, as the rate of employee resignations during the trial compared to a normal 5-day week period for the company was not statistically significant.

In four of the 33 companies that participated in the trial, workers instead cut their total weekly working hours from 40 to 32 while still maintaining a five-day work week.

The trial was comprised of 903 employees in the U.S., Ireland, and some other unspecified countries, and was split into two trials, with one starting in February 2022 and the second on April 1, 2022.

The study collected data from the participating companies prior to the trial, as well as during the trial, to provide a statistical baseline. Company revenue grew 8.14% during the six-month trial, and rose over 37% year-over-year, weighted by company size.

Of course, this did come during a period in which many companies posted significant profits.

The 40-page study listed other areas in which the overall well-being of workers was improved by working fewer hours. Fewer hours working means less work stress, and more time to spend with family, working on hobbies or volunteering. In addition, less commuting led to a smaller carbon footprint.

“As we emerge from the pandemic, more and more companies are recognizing that the new frontier for competition is quality of life, and that reduced-hour, output-focused working is the vehicle to give them a competitive edge,” Joe O’Connor, chief executive of 4 Day Week Global, said in a statement about his company’s trials.

All this came with no real loss of productivity.

But many of the companies from the trial seem to be convinced.

Of the 33 participating companies, 27 filled out a final survey regarding their overall experience. Among those 27 companies, 18 said they were “definitely” instituting a four-day work, seven were planning to switch to a shorter week but haven’t made a final decision, one was leaning toward continuing and one was not yet sure. However, none of the participating companies said they were leaning against or not planning on continuing the shorter week.

“The 4 day week has been transformative for our business and our people,” Jon Leland, Chief Strategy Officer at crowd-funding platform Kickstarter and participant in the program said. “Staff are more focused, more engaged and more dedicated, helping us hit our goals better than before…We’re achieving more as an organization, while giving people time to start new creative projects, rest, and be with their families. It’s a true win-win.”

“We were encouraged that participants did not experience an increase in the intensity of work,” Professor Juliet Schor, Lead researcher at Boston College, said about 4 Day Week Global’s trials in an email. “This suggests that the work re-organization strategy succeeded and performance was not achieved via speedup, which is neither sustainable nor desirable.”

See also: ‘Nobody wants to work anymore’ has been said for 100 years. It wasn’t true then, and it isn’t true now.

A four-day workweek was once a fringe idea, but is now gaining traction in the business environment. During the 2022 World Economic Forum, there was a panel discussion about the shorter workweek, and a supplementary post from WEF about how a four-day workweek did not reduce productivity — and it may even increase it.

In the past, U.S.-based companies including Microsoft MSFT
MSFT,

have experimented with a four-day work week for salaried employees with some success — Microsoft said productivity jumped 40% while employees worked four days a week. That test was conducted in 2019, but Microsoft did not subsequently implement a permanent four-day workweek.

In a May episode of its Best New Ideas in Money podcast, MarketWatch examined if the U.S. could ever really get a four-day workweek.