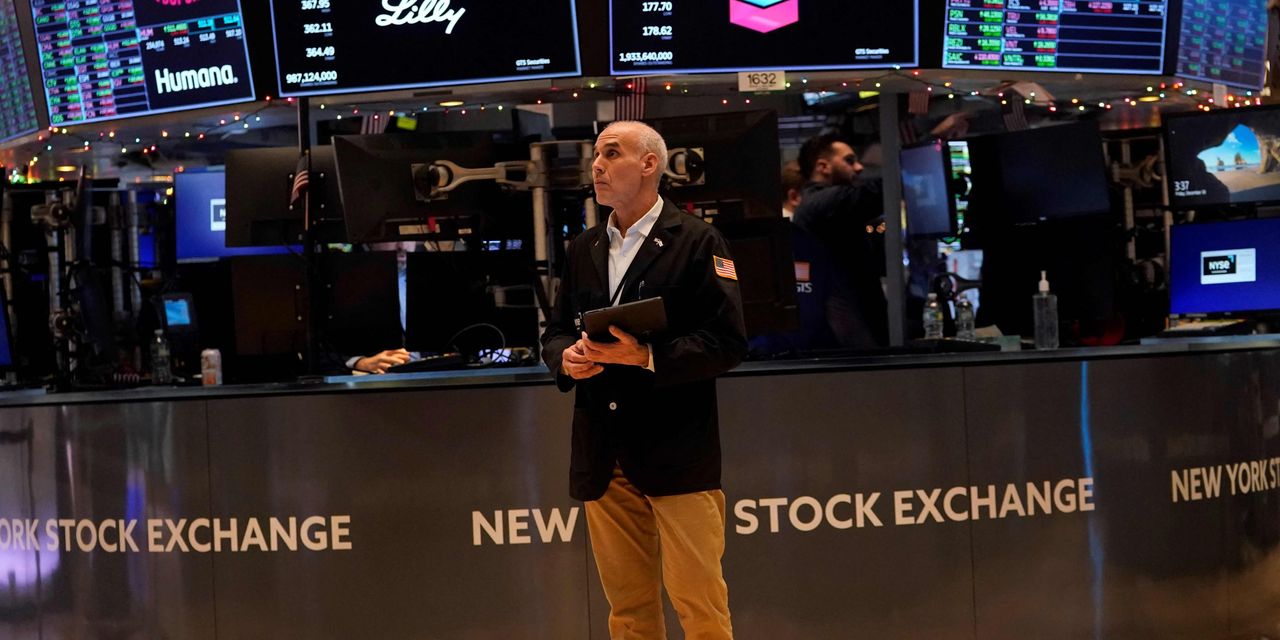 dropped 3.8% in morning trades on Tuesday, while Morgan Stanley
MS,

On a call with analysts, Goldman Sachs CEO David Solomon said the quarterly results were disappointing but that the company’s recent restructuring will allow it to grow over time and that the company is narrowing its consumer business focus.

“Widely expected to be awful, Goldman Sachs’ Q4 results were even more miserable than anticipated,” said Octavio Marenzi, CEO of Opimas LLC, a management consulting company. “Morgan Stanley, on the other hand, had results very much in line with expectations, with weakness in investment banking, but stable elsewhere.”

Oppenheimer analyst Chris Kotowski described the quarter a “very muddled” with total revenue short of his projection, while equity investments came in $638 million below his target.

Wall Street analysts expected Goldman Sachs to earn $5.56 a share, according to a survey by FactSet.

Goldman’s fourth-quarter revenue dropped to $10.59 billion from $12.64 billion. The company fell short of the analysts’ estimate of $10.755 billion.

Broken down, Goldman booked a 27% drop in its asset and wealth management unit revenue to $3.56 billion, while its global banking and markets unit’s revenue fell 14% to $6.52 billion. At the same time, Goldman built up its provision for credit losses by 183% to $972 million, while its operating expenses increased by 11% to $8.09 billion.

On Dec. 30, analysts expected Goldman Sachs to earn $6.68 a share, but projections were reduced by more than $1 per share to $5.56 a share thus far in 2023 amid reports of layoffs at Goldman and a lack of fourth-quarter deal-making.

In the past month, 19 analysts have cut their fourth-quarter earnings targets for Goldman, while only one increased their targets and one was unchanged, according to FactSet data.

At the same time, Goldman Sachs laid off up to 3,200 people, mostly last week.

Just ahead of its earnings release, Goldman on Friday reorganized its main business units to three branches from four.

Wall Street analysts expected Morgan Stanley to earn $1.25 a share, according to a FactSet survey.

all reported stronger-than-expected earnings on Friday.

We aren’t at ‘peak prices’ yet, warns CEO of consumer goods giant Unliever