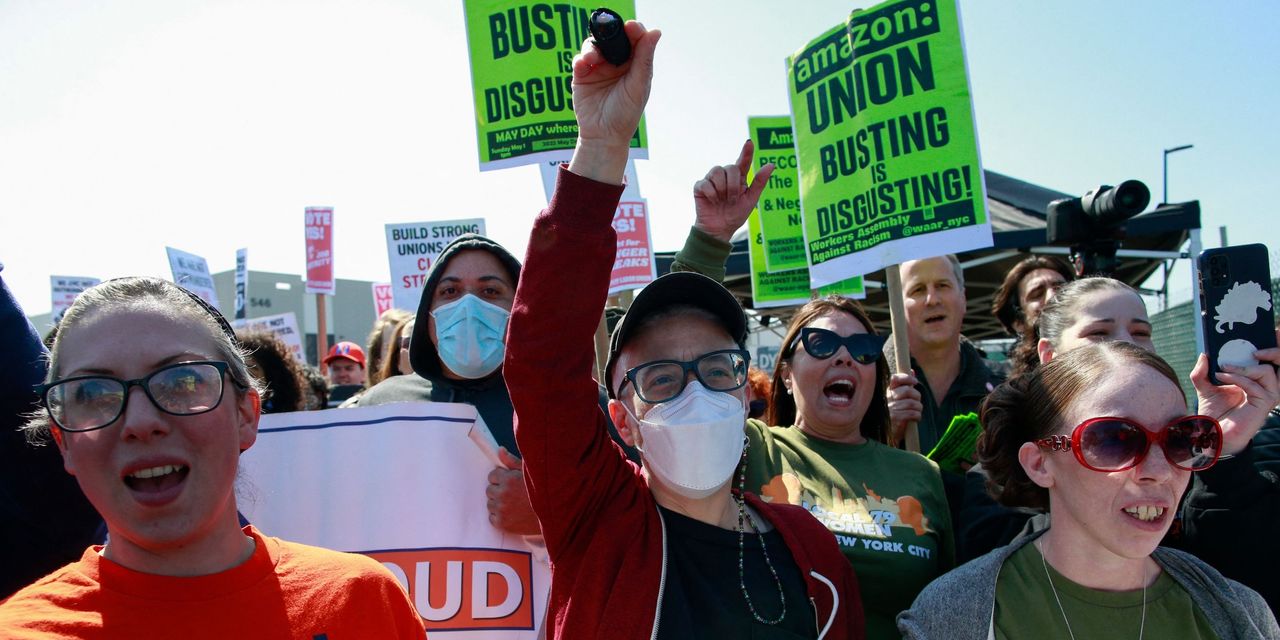 “‘We are witnessing more worker organizing than many of us have seen in our lifetimes. .. But how long will it take for these newly organized workplaces to get a first contract?’”

U.S. Labor Secretary Marty Walsh reiterated the Biden administration’s support for organized labor with that statement in a Thanksgiving opinion article for the hometown newspaper of two giant companies at the center of union activity: Starbucks Corp.
SBUX,

But Walsh wrote in the Seattle Times that getting to the next step — companies bargaining with unions in a timely manner in order to reach an agreement on a first contract — is key. He noted that federal labor law is “weak” and can allow companies to delay bargaining, which could “drag on for years.”

In-depth: Unions’ push at Amazon, Apple and Starbucks could be ‘most significant moment in the American labor movement’ in decades

There has been no contract agreement between Amazon and the Amazon Labor Union, which has so far managed to win a unionization vote at just one of the company’s warehouses, on Staten Island in New York. Amazon has filed objections to the April union vote with the National Labor Relations Board, or NLRB.

In the months since, unionization votes at other Amazon warehouses have failed; the company has been accused of retaliating against union activity, which its representatives have denied, including to MarketWatch. Some experts predict a long road ahead for any contract agreement.

“When legal battles get tied up in the courts or NLRB, union organizers usually move on and workers feel abandoned and can become demoralized,” said John Logan, a professor and director of the Labor and Employment Studies Department at San Francisco State University.

In his op-ed, Walsh wrote that one possible solution is the adoption of the Protect the Right to Organize Act: “The act would establish a mediation and arbitration process for reaching a first contract agreement.” The U.S. House of Representatives passed the PRO Act in March 2021 and is awaiting a vote in the Senate.

Amazon workers around the world have organized actions protesting the company’s labor practices this week, including a strike in a warehouse in a St. Louis suburb, and a protest outside Amazon founder Jeff Bezos’s Manhattan apartment on Black Friday.

As for the other giant Seattle-based company Walsh mentioned in his article, more than 260 Starbucks stores have unionized in the past year, but the company is facing accusations of not bargaining in good faith. Complaints include the company’s lawyers leaving bargaining sessions before they begin, as the Guardian has reported.

The company has said repeatedly, including to MarketWatch, that it is bargaining in good faith, though it continues to say it prefers to have a direct relationship with its workers without unions as intermediaries. Starbucks has in turn accused the union of delaying bargaining.

Related: Starbucks urged to work with unions in letter from members of Congress