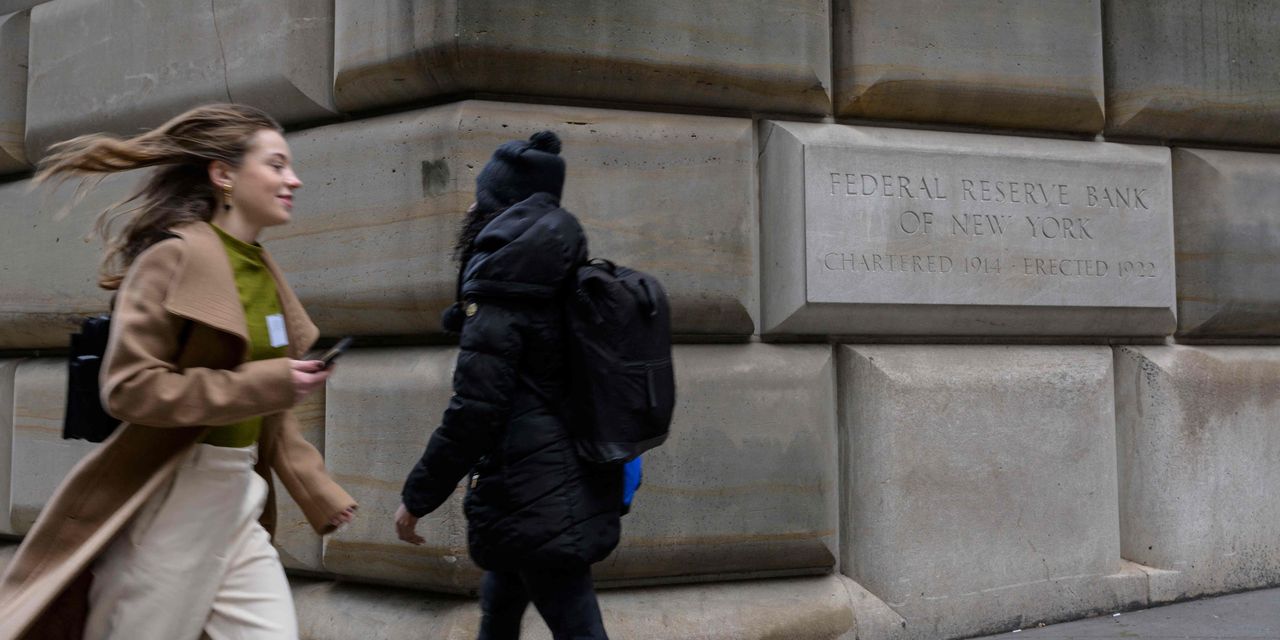 Stock-market investors dump U.S. for international equities. Is it time to join in?

Investors are taking money out of U.S. equities to add to their exposure in international stock markets, betting European and emerging markets could benefit from a weaker dollar.

U.S. stocks have staged an impressive rally to start the year, with the S&P 500 index
SPX,

The MSCI EAFE index
MFSH23,
,
which tracks the performance of stocks in Europe, Australia, and East Asia, climbed more than 15% over the past three months, while the MSCI Emerging Markets Index
MMEH23,

has risen 17% from its mid-October lows. That compared with a 12% return in the MSCI USA showing the large and mid-cap segments of the U.S. market, according to Dow Jones Market Data.

“The global equity markets have been outperforming the S&P 500 index since mid-October, about the time when the U.S. Consumer Price Index (CPI) confirmed the peak inflation story, which also unleashed a global retreat from the safety of the U.S. dollar,” wrote John Lynch, chief investment officer at Comerica Wealth Management.

Mark Haefele, chief investment officer at UBS Global Wealth Management, expects international stocks to deliver a “superior return” to the S&P 500 over the next several market cycles. He advises U.S. investors with a strategic over-exposure to their home market to diversify.

“We are least preferred in the U.S. over the near term, given the relatively expensive valuation of U.S. stocks and the market’s heavy weighting toward the tech sector, which is particularly vulnerable to higher interest rates and slower economic growth,” he said in a Tuesday note.

The recent weakness in the U.S. dollar fueled optimism about international stocks where investors could hunt for gains in foreign companies that derive the majority of their revenues from outside the United States. A weaker greenback can boost their returns in U.S. dollar terms and make international revenue more valuable.

After rallying for most of 2022, the dollar’s value relative to other currencies has dipped over the past few months on fears of a recession as the Federal Reserve raises interest rates. The ICE U.S. Dollar Index
DXY,
,
a measure of the dollar against a basket of six major currencies, has retreated by 11% to 101.84 from a 20-year high set in late September, according to Dow Jones Market Data.

See: Europe has avoided energy collapse. But is the crisis over?

Warmer-than-expected temperatures and well-filled natural gas storage facilities in Europe also offer relief to the European economic outlook, which was dimmed by inflation and fears of power shortages in winter in the wake of the Ukraine war. China’s rapid reopening of its economy after lifting pandemic restrictions could also push up the value in European stocks.

But is this really the end of U.S. stock market outperformance over the last decade?

U.S. stocks have been outshining their international peers since the global financial crisis of 2008, making the U.S. markets a no-brainer for investors to park their money.

“You probably need to increase international allocations over time rather than the other way around… it’s only gotten worse because the last 10 years U.S. stocks have done well, as people haven’t rebalanced and are significantly overweight the U.S.,” said Krishna Mohanraj, portfolio manager of Diamond Hill Capital Management, in a phone interview.

See: Foreign investors flock back to Chinese stocks now that the economy is reopening after the lifting of COVID restrictions

However, some analysts think the recent gains in international equities are more reflective of a “bear market rally” than an indication that the market is pricing in the next recovery.

“We believe it’s simply too soon, given the enormous steps still to be undertaken by developed market central banks and the traction necessary to achieve recovery in the emerging space. As a result, we continue to favor domestic over international equities, but will place a keen eye on further global developments,” Lynch said in a Tuesday note.

Nearly a year into the Fed’s monetary tightening cycle to quash inflation by raising interest rates, investors are betting that the central bank will stop hiking rates soon, and possibly even start cutting rates by the end of the year to combat an economic recession.

However, the European Central Bank is expected to remain hawkish, with bank officials signaling two more 50 basis point rate hikes at meetings in February and March. In emerging markets, China’s central bank is likely to maintain current liquidity in the banking system, while keeping borrowing costs unchanged for a fifth straight month to ensure there is enough liquidity to boost the economy, which is rapidly recovering from COVID-19 lockdowns, a Reuters survey showed.

Brad Conger, deputy chief investment officer of Hirtle Callaghan & Co, advises investors to be overweight with U.S. stocks compared to international developed markets, as energy prices in Europe will be a persistent problem but the ground for quality U.S. equities is still there.

“(The U.S. market) is a market that has more resilience to a downturn in the global economy, so if the global economy weakens, companies in the U.S. are more flexible with respect to their cost base. (They are) more willing to protect margins very quickly. And in general, they have more defensive business models just by construction,” he told MarketWatch via phone.

“I acknowledge that in a world economy that is in a soft landing, that Europe and Japan will work better than the U.S., but it’s not the case. I would rather perceive protection by being slightly more defensively positioned. Our view is that there’s definitely some likelihood of a real slowdown, and that being the case, we’d rather be in the most defensive equities.”